World Cup latest: Wales seek first win ahead of Netherlands vs Ecuador and England vs USA 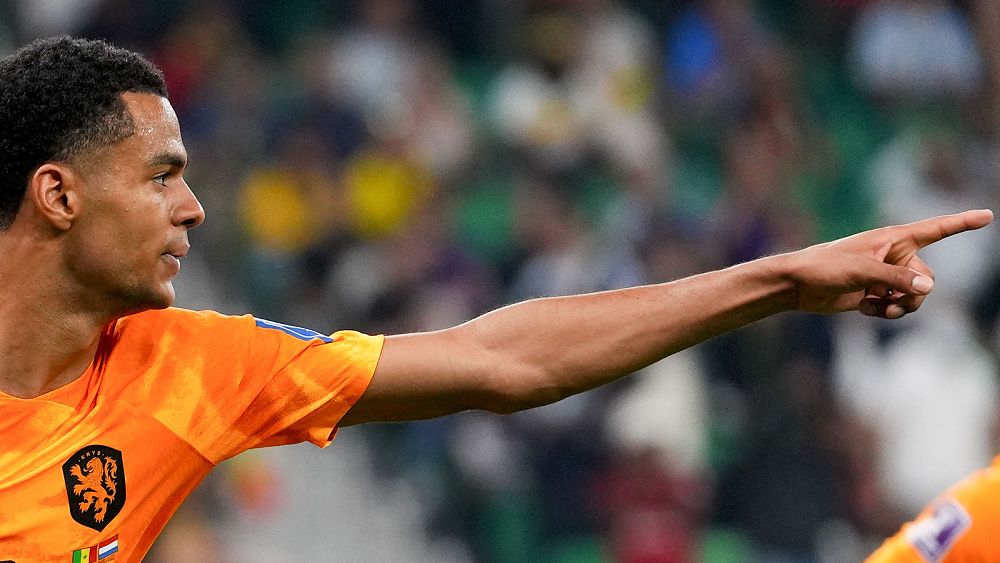 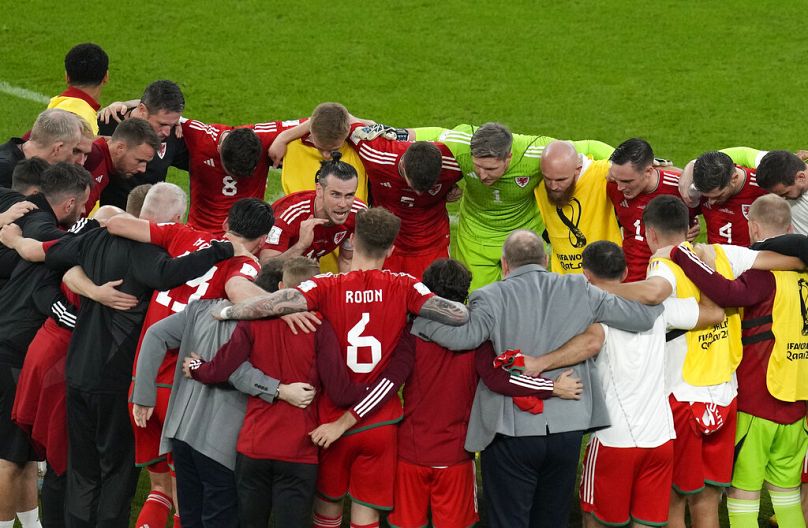 Wales' Gareth Bale, centre, speaks to his teammates after the World Cup group B match against the US in Doha, 22 November 2022

Another good showing is expected on Friday from Gareth Bale, who scored a late goal from a penalty to help Wales draw with the United States in its opening match.

Bale, 33, who signed for the Los Angeles Galaxy in June in what many believed was a sign of his decline from his peak that saw him labelled as one of the best players of his generation, was thrilled to be given the starring role in his World Cup debut.

Iran will be missing goalkeeper Ali Beiranvand. He was injured in the opening game and was taken to a local hospital.

Although they featured in the last two World Cup final tournaments, Iran have never advanced to the knockout round. 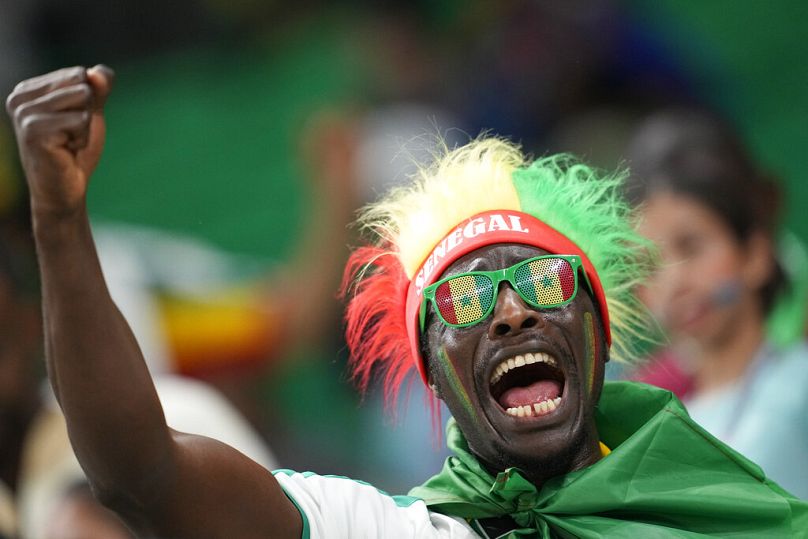 A fan of Senegal cheers before the start of the World Cup group A match in Doha, 21 November 2022

Qatar returns to competition after becoming the first host nation in World Cup history to lose its first match, a 1-0 loss to Ecuador on the opening night of the tournament.

The hosts will get another chance for a victory against Senegal, who also lost their opener and is suffering from injuries to their key players.

Senegal are without Sadio Mane, the Bayern Munich forward who was ruled out of the tournament with a leg injury. Midfielder Cheikhou Kouyate is also expected to miss Friday’s game with a hamstring injury. 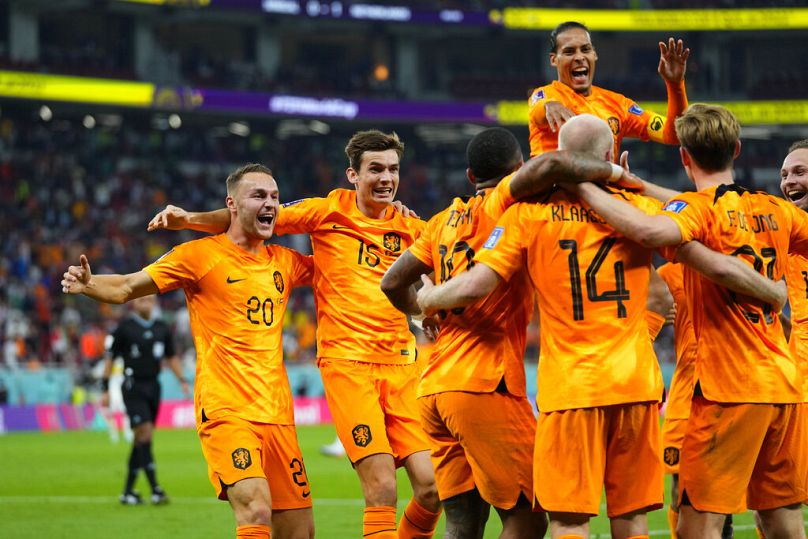 The captain of the Netherlands team, Virgil van Dijk, top, celebrates with teammates during the World Cup group A match against Senegal, 21 November 2022

Ecuador and the Netherlands both won their opening matches, and their game Friday will pit two strikers, Ecuador's Enner Valencia and Dutch forward Memphis Depay, against each other.

Valencia scored both of Ecuador's goals in the 2-0 win over Qatar before leaving with a sore knee but is set to play Friday.

Depay returned from a hamstring injury to lead the Netherlands in its 2-0 win over Senegal. He came off the bench in that game but is looking to start against Ecuador.

A win for either team would likely guarantee advancement out of Group A. 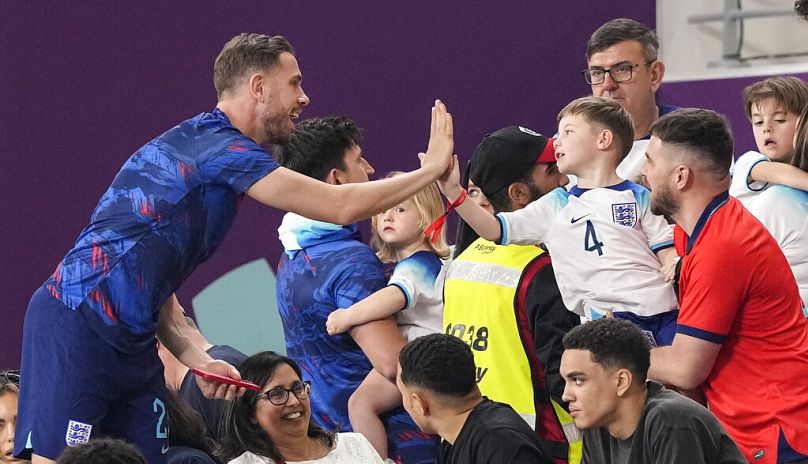 England's Jordan Henderson gives high five to a little England supporter after the match between England and Iran in Doha, 21 November 2022

The Americans are the underdogs following their 1-1 draw with Wales, while England is coming off a 6-2 opening win over Iran.

Another win for England would put the Three Lions into the round of the 16 with one game still to play.

England captain Harry Kane, the top scorer at the 2018 World Cup, injured his ankle against Iran and defender Harry Maguire left the game in the 70th minute with blurred vision. Both are expected to play on Friday, however.

In 1950, a haphazardly put-together US national team -- a ragtag group that included a mailman, a grave digger, a dishwasher and a school teacher -- famously beat England 1:0 in the first match between the two.

What happened at the World Cup on Thursday?

Cristiano Ronaldo made World Cup history as the first male player to score at five World Cups with his 65th-minute penalty against Ghana. Portugal won the game 3-2.

Richarlison came through for the “Seleção” scoring both goals for Brazil in a 2-0 win against Serbia. His second, an overhead kick into the top left corner, is already being touted as the best goal of the tournament.

Since competing as Serbia in 2010, the country has not advanced to the knockout rounds of the World Cup.

Monaco forward Breel Embolo scored the only goal of the game to defeat Cameroon — the country he was born in — in the morning match in Qatar on Thursday. Embolo kept his promise not to celebrate the goal, which ended up deciding the match in Switzerland's favour, 1-0.

None of the five African teams at the Qatar World Cup won their first match in the group stage.

What are the key talking points so far?

Two major upsets marked the first round: first, Saudi Arabia achieved an astonishing result in their opening match against Argentina at Lusail Stadium, winning the game 1-2.

Then, it was Japan who blitzed Germany 1-2 as well, overturning the German advantage with two goals in eight minutes in what proved to be a high-tempo contest throughout.

German football association DFB President Bernd Neuendorf has called for an official statement from FIFA over action that will be taken if players wear One Love armbands at the World Cup.

Several World Cup teams have backed down and abandoned an anti-discrimination campaign aimed at host nation Qatar, in the fear they will receive yellow cards if they support it. One of the teams, Denmark, has backed Germany's protest.
Continue reading...

What are brain-computer interfaces, the tech Elon Musk wants to bring to the masses with Neuralink?

This is Japan’s seventh straight appearance at a world cup finals. With a population of just over five million, the tiny Central American country are appearing in their sixth World Cup. Belgium had been unbeaten in all four previous World Cup meetings with African teams. Croatia lost the 2018 final to France and the world’s 12th-ranked team opened the World Cup with a 0-0 draw against Morocco. Qatar also denies impropriety over its World Cup bid, while its defenders argue that the country has made significant progress over migrants' rights.

Some protesters were shown in videos shouting for Xi to step down or the ruling party to give up power. A video that said it was shot in Urumqi showed protesters chanting, “Remove the Communist Party! State-owned China Southern Airlines announced it would resume flights from Urumqi to four Chinese cities starting Monday. Two Urumqi residents who declined to be named for fear of retribution said large-scale protests occurred Friday night. The AP pinpointed the locations of two of the videos of the protests in different parts of Urumqi.

"According to the latest data, 46 people were killed... About 700 people were injured," Herman Suherman, head of the city administration of Cianjur, West Java, told news channel Metro TV. Workers inspect a store damaged during an earthquake in Cianjur, West Java, Indonesia, Monday, Nov. 21, 2022. A hospital worker carries an earthquake victim on a gurney outside a hospital in Cianjur, West Java, Indonesia, Monday, Nov. 21, 2022. In February, a magnitude 6.2 earthquake killed at least 25 people and injured more than 460 in West Sumatra province. In January 2021, a magnitude 6.2 earthquake killed more than 100 people and injured nearly 6,500 in West Sulawesi province.

France and the NGOs have accused Italy of breaking international maritime law by denying the ships safe refuge. Here is a breakdown of the legal framework that regulates rescues at sea and some of the issues at play. According to the UNCLOS, rescues are only considered complete once those picked up at sea are disembarked at a “place of safety”. The international SAR convention defines this as anywhere peoples’ lives are not threatened and their basic needs can be met. THEROLE OF FLAGGEDNATIONSOn Nov. 2, Meloni said the flag states of the NGO ships were responsible for the migrants who had been rescued – in this case Norway and Germany.

England vs USA World Cup permutations: How England can qualify

England vs USA World Cup permutations: How England can qualify after Iran win vs Wales.

Netherlands vs Ecuador and other World Cup news and highlights

Iran takes on Wales, the Netherlands faces Ecuador, and England looks to beat Team USA in the 2022 World Cup today in Qatar.

Iran vs USA Wales vs England FIFA World Cup 2022 Highlights: England and USA qualified for the Round of 16, winning their final Group B fixture

FIFA World Cup predictions: betting Netherlands vs. Ecuador and Senegal vs. Qatar Cody Gakpo of the

FIFA World Cup in Qatar, Day 2 live: England vs Iran, Netherlands vs Senegal, USA vs Wales Football experts couldn't believe what they were