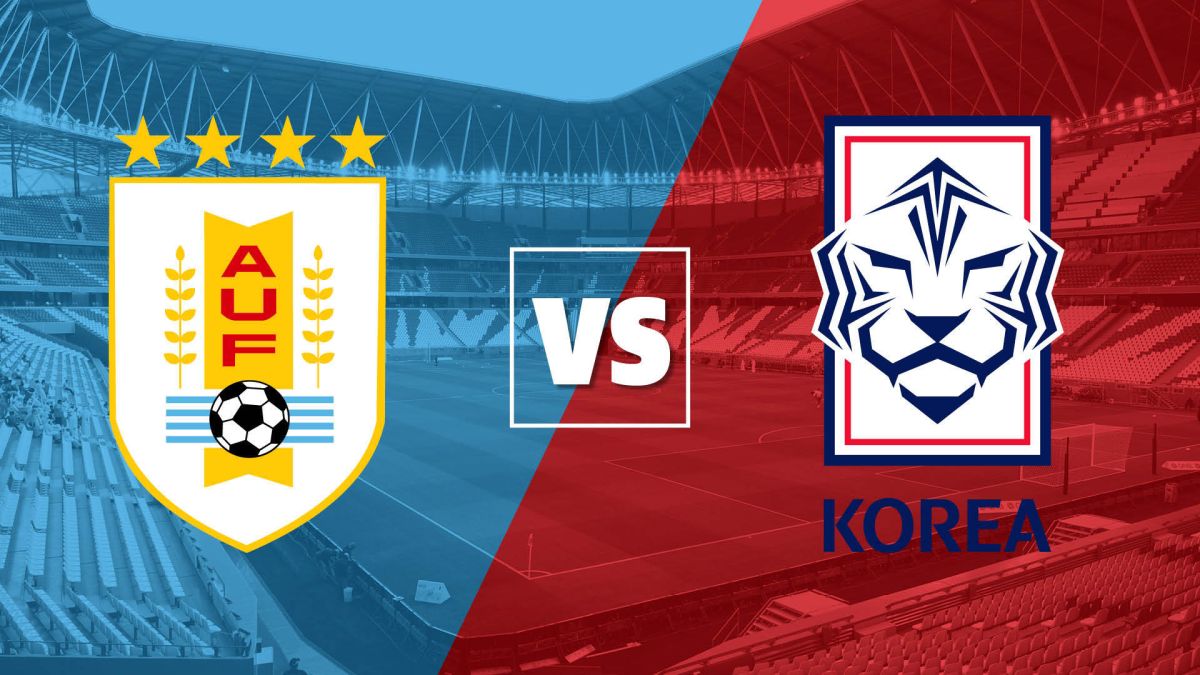 2 months ago What Hi-Fi?

Nobody does World Cups quite like Uruguay, expert exponents of the good, the bad, and the downright scandalous facets of the game. They've brought Luis Suarez to the party for one last hurrah, and kick off their tournament today against South Korea, whose hopes largely hinge on the considerable abilities of Son Heung-min. It's a burning hot afternoon in Al Rayyan. Make sure you know how to watch a Uruguay vs South Korea live stream from anywhere (opens in new tab) and all games from the FIFA World Cup 2022 online for free.

Suarez and Darwin Nunez both start up front for Uruguay, who opt for a 4-4-2, which means Edinson Cavani will have to make an impact from the bench. La Celeste's veteran No.1 Fernando Muslera has been left out in favour of Nacional's Sergio Rochet, and Fede Valverde and Rodrigo Bentancur form the axis of the team in central midfield.

The big news for South Korea is that Son has been passed fit to start. He's part of a three-pronged forward line, alongside Na Sang-ho and Hwang Ui-jo. The Taegeuk Warriors line up in a 4-3-3 formation, with Lee Jae-sung acting as the link between defence and attack.

Not seeing Oscar Tabarez prowling La Celeste's technical area is going to take some getting used to. The Uruguay legend was dismissed when the team's qualification campaign went off the rails, and the subsequent appointment of Diego Alonso has had the desired effect. By marrying the best of the old guard with the most promising new kids on the block, he's built a team rich in experience, nous, energy and, above all, quality.

Nunez, Valverde and Jose Gimenez are the new spine of the team, but the more experienced heads are still there to pass on their wisdom – and their flair for crossing the line without due punishment. Napoli's Kim Min-jae has emerged as one of the most impressive central defenders in Europe this season, but his attentions are going to be required left, right and center with the attacking talents at Uruguay's disposal.

South Korea pulled off one of the most memorable results of the last World Cup when they beat then-defending champions Germany 2-0 in their last group game. But two defeats in their first two matches meant they were already eliminated by then, and Paulo Bento knows that a repeat will be unacceptable. Key to his team's chances will be Son, who suffered a fracture around his left eye earlier this month. What sort of shape is their main man in?

This Group H match kicks off at 1pm GMT / 8am ET today at the 40,000-seater Education City Stadium at Qatar 2022. Make sure you know how to watch a Uruguay vs South Korea live stream and see all of the FIFA World Cup 2022.

You can watch the Uruguay vs South Korea live stream for free on BBC One. It's also available to watch free online on BBC iPlayer (opens in new tab) in 4K HDR. BBC iPlayer's World Cup coverage is shot in native 4K resolution. You might find it's a touch delayed but it's the best quality stream available and well worth tuning into.

UK football fans, whether at home or in another country, can tune into the World Cup games for free on BBC iPlayer. Outside the UK at the moment? Use a VPN to watch BBC iPlayer from abroad. (opens in new tab)

We recommend ExpressVPN as it comes with a risk-free 30-day money-back guarantee. Full details on how to use a VPN below.

Watch a Uruguay vs South Korea live stream from anywhere

You won't be able to watch your regular Uruguay vs South Korea live stream while traveling abroad. The streaming service will spot that you're in a foreign country and block you. You can use a VPN (virtual private network) to get around this, though.

It's a straightforward piece of software which sets your device to appear as if it's in the right country, allowing you to watch any Uruguay vs South Korea live stream from anywhere in the world.

We rate ExpressVPN as the best VPN for World Cup 2022. It offers a 30-day guarantee for all your money back if you're not happy with the service.

Try ExpressVPN risk-free for 30 days (opens in new tab)ExpressVPN offers a 30-day money back guarantee with its VPN service. You can use it to watch the World Cup 2022 live streams on your mobile, tablet, laptop, TV, games console and more. There's 24/7 customer support and three months free when you sign-up. Try it – it's easier than you think.

1. Install the VPN of your choice. ExpressVPN (opens in new tab) is the one we recommend.

2. Open up the VPN app and choose the location of the service you wish to access. For the Qatar World Cup, you may wish to choose 'UK' for BBC.

3. Then head over to BBC (opens in new tab) on your browser or device and enjoy the free Uruguay vs South Korea live stream!

Remember, though, if you're a UK citizen abroad, you can use a VPN to watch World Cup 2022 free (opens in new tab) on iPlayer and ITV Hub.

Uruguay vs South Korea live stream | Sling 50% off first month (opens in new tab)Catch all the games live from Qatar, and much more, with this sporting offer. You can get half off your your first month with this discount. It's $40 a month after but there's no contract so you can cancel anytime.

Uruguay vs South Korea live stream | FuboTV 7-day free trial (opens in new tab)
FuboTV is a full cable replacement service. Packages start at $64.99 per month and include access to Fox Sports. No long contracts involved. Cancel at any time, and don't forget to take advantage of the 7-day free trial here.

Cord-cutters can also stream every game live on Peacock Premium (opens in new tab) (from $5/month) in Spanish.

Cable network TSN has the rights to watch Uruguay vs South Korea in Canada. That means that Canadians will need to add TSN to their cable TV package or subscribe to TSN for streaming-only for $19.99 a month or $199.90 per year.

Watch a Uruguay vs South Korea live stream in Australia

If you're in Australia, you can watch a Uruguay vs South Korea live stream on SBS. Local streaming service SBS on Demand (opens in new tab) will provide live coverage every Qatar World Cup game.

Stuck away from your home in Oz at the moment? You'll need to use a VPN (opens in new tab) to access the free SBS live stream without being geo-blocked.

Wales vs Ireland live stream: how to watch the Six Nations 2023 opener free online and on TV

How to watch 49ers vs Cowboys: live stream the NFL Playoffs for free wherever you are

Apple HomePod vs HomePod 2: what are the differences?

Apple HomePod 2 vs HomePod Mini: what are the differences?

Apple's HomePod 2 has zero competition - and that's a problem

Look at our reviews of the first-generation HomePod and cheaper HomePod Mini and you’ll clearly see our reviewers approve of Apple’s smart speakers. Both the original HomePod and Mini got perfect 5/5 scores, with both, at the time, delivering the best mix of audio quality and smart functionality we’d seen on a smart speaker. The reason I’m upset is that, like the first HomePod, the new HomePod 2 is launching with nearly zero competition. This was what happened with the first generation HomePod, which was sold well beyond its shelf life into 2020, when it was finally discontinued. MORE:Read our definitive guide to the best wireless speakers15 tech products make our 2023 wishlist – HomePod 2, Spotify Hi-Fi, new Rega RP3 and more

AC Milan vs Torino live stream: how to watch the Coppa Italia for free

Georgia vs TCU live stream: how to watch the College Football Playoff National Championship game online and on TV

Uruguay vs South Korea live stream: How can I watch World - MSN

Uruguay vs South Korea live stream: How can I watch World Cup 2022 game for FREE on TV in UK today? -

2022 FIFA World Cup: How to stream today's Uruguay vs. South