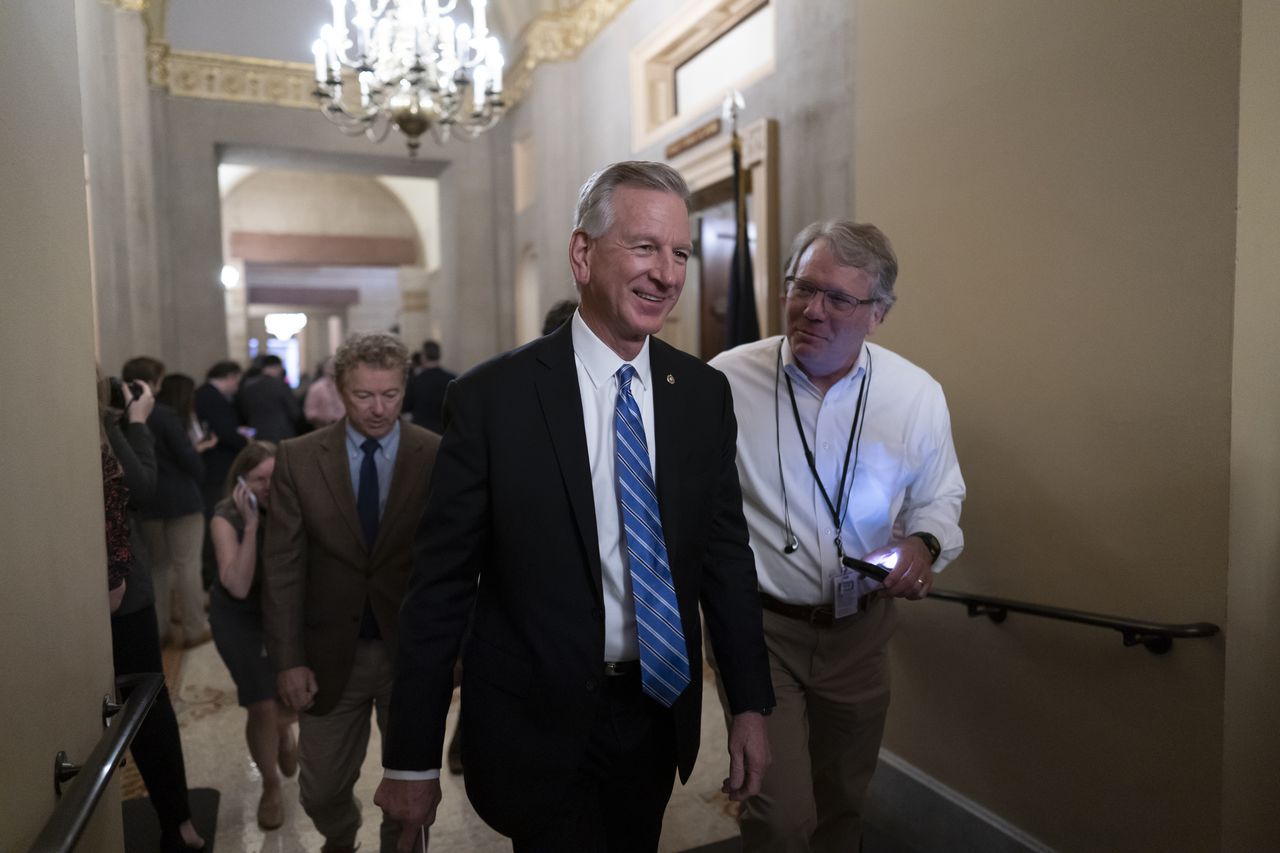 Alabama’s two senators join 37 of their Republican colleagues in opposing a procedural motion that was approved Wednesday by the Senate advancing “historic” federal legislation aimed at codifying same-sex and interracial marriage.

The move sets up for the potential approval this week of the Respect for Marriage Act, which would enshrine marriage equality into federal law 22 years after Alabama became the last state in the U.S. to remove language from its state constitution banning interracial marriage.

Senators Richard Shelby and Tommy Tuberville’s “No” votes were against a Senate motion to invoke cloture to overcome a filibuster and advance the legislation.

The motion passed 62-32, with 12 Republicans joining the 50 Democratic senators to advance a bipartisan bill that Democratic Senate Majority Chuck Schumer of New York hailed as “truly one of the highlights of the year” for the Senate.

“It’s a simple, narrowly tailored but exceedingly important piece of legislation that will do so much good for so many Americans,” said Schumer, calling it a personal matter for him by noting that his daughter and her wife, who are married, are expecting a baby next spring.

“It will make our country a better, fairer place to live,” he said.

Tuberville, in a statement released to AL.com, said the issue of same-sex marriage has already been decided by the U.S. Supreme Court, and believed the legislation was unnecessary.

He also said it “fails to protect constitutional religious liberties” that the Supreme Court “has reaffirmed for all Americans” under the landmark 2015 decision in Obergefell v. Hodges, which made same-sex marriage legal.

“For those reasons, I do not support this legislation and do not believe further federal action is necessary,” Tuberville said. 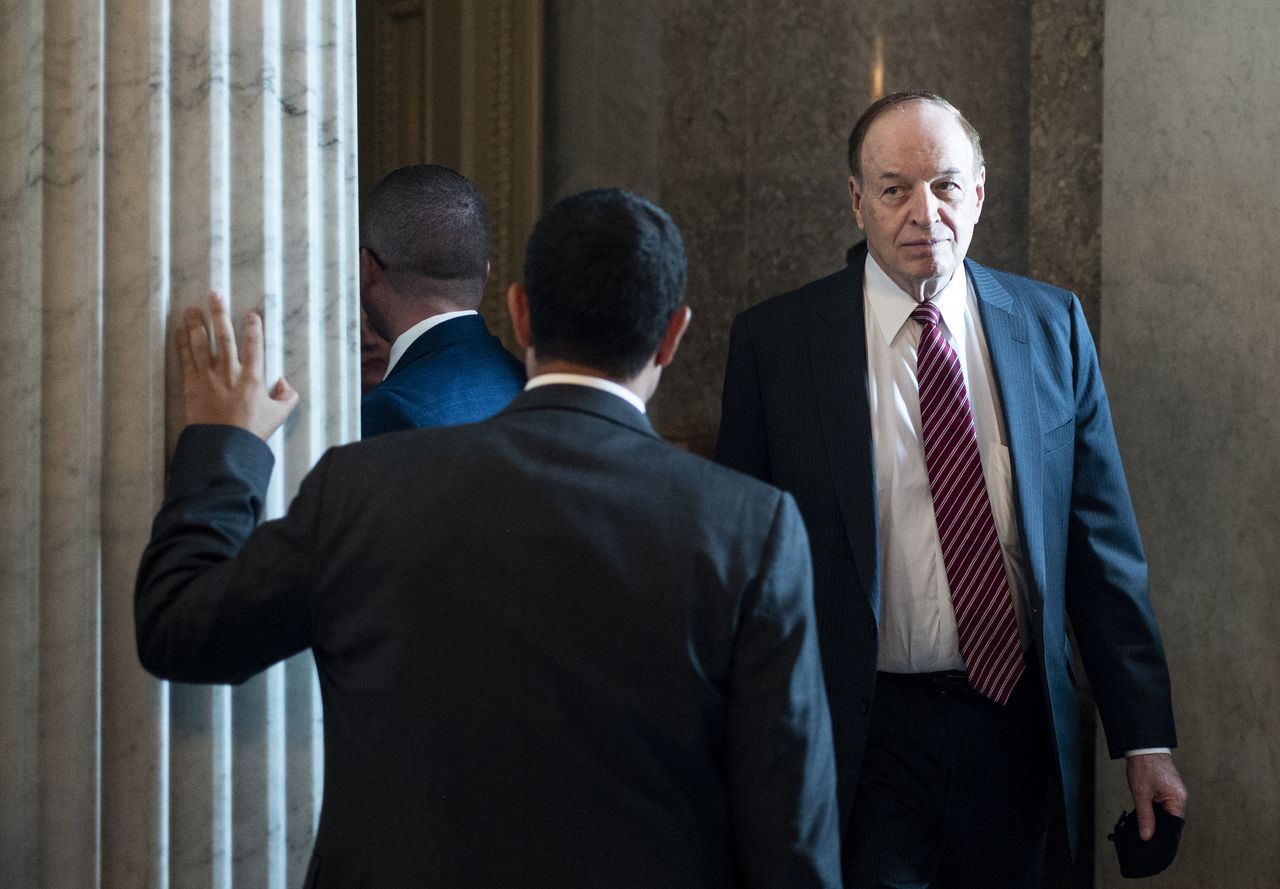 A Shelby spokeswoman, in a statement on Tuesday, said the senator has a “traditional view of marriage” and that he believes there is a “sacred union between one man and one woman.”

“It took to the year 2000 for the last state to repeal the law on its books related to interracial marriage,” said Baldwin. That year, 59.5% of Alabama voters backed the Alabama Interracial Marriage Amendment that officially removed the state’s ban on interracial marriage from the 1901 Constitution. Despite a 19 percentage point margin of victory, 25 of the state’s 67 counties voted against it.

Baldwin and others who are backing the Respect for Marriage Act say they are concerned that the U.S. Supreme Court, after overturning Roe v. Wade in June, would take aim at federal protections for same-sex marriage and interracial marriage.

“No one, no one in a same-sex marriage should have to worry about whether or not their marriage will be invalidated in the future,” said Schumer. “They deserve peace of mind knowing their rights will always be protected under the law.”

The 12 Republicans in support of the measure included a bipartisan group of lawmakers who had been trying to find 10 GOP votes necessary to advance the bill. It was approved by the House in July. None of Alabama’s Republican House members supported the bill last summer.

Republican Senator Tom Tillis of North Carolina, one of the 12 Republicans in support of the measure, disputed claims by Tuberville and other conservatives that the measure does not protect religious liberties. He said the negotiated measure does not require religious organizations to provide same-sex marriage services, and that no church nor religious nonprofit group’s tax-exempt status will be threatened if they do not support same-sex marriage.

“Marriage should be recognized across state lines,” said Portman. “The bill is very narrow. It’s constitutional. It does not infringe on a statement’s sovereignty.”

Tillis said the Respect for Marriage Act “preserves the status quo” the U.S. has had in the country for the past seven years, since the Supreme Court’s ruling in 2015.

“This is a good compromise,” he said. “It’s based on mutual respect for our fellow Americans, protecting the rights of Americans who may have different lifestyles or different viewpoints. I’m proud of the work we did on this bill.”

The bill’s prospects in the Senate were bolstered this week with a number of endorsements from religious groups such as the Church of Jesus Christ of Latter-day Saints, the Seventh-day Adventists, the National Association of Evangelicals, and a group of Christian colleges and universities.

Portman and others, citing Gallup polling, said that codifying same-sex marriage into federal law is supported by over 70% of Americans. They also said a majority of Republicans also support same-sex marriages.

WASHINGTON D.C. — The U.S. Senate voted to advance a bill that gives federal protections to same-sex and interracial marriages in a vote of

The Senate on Tuesday passed a bill to codify protections for same-sex and interracial marriages, a historic vote aimed at protecting

The U.S. Senate on Wednesday advanced a bill that would codify federal protections for same-sex and interracial marriages while also

The Senate voted to move forward with landmark legislation that would codify protections for same-sex and interracial marriages,

The Senate on Tuesday approved the Respect for Marriage Act to codify protections for lawful same-sex and interracial marriages.

WASHINGTON (AP) — The Senate is set to vote Tuesday on legislation to protect same-sex and interracial marriages, putting Congress one step

The U.S. Senate is set to vote Tuesday on legislation to protect same-sex and interracial marriages, putting Congress one step closer to