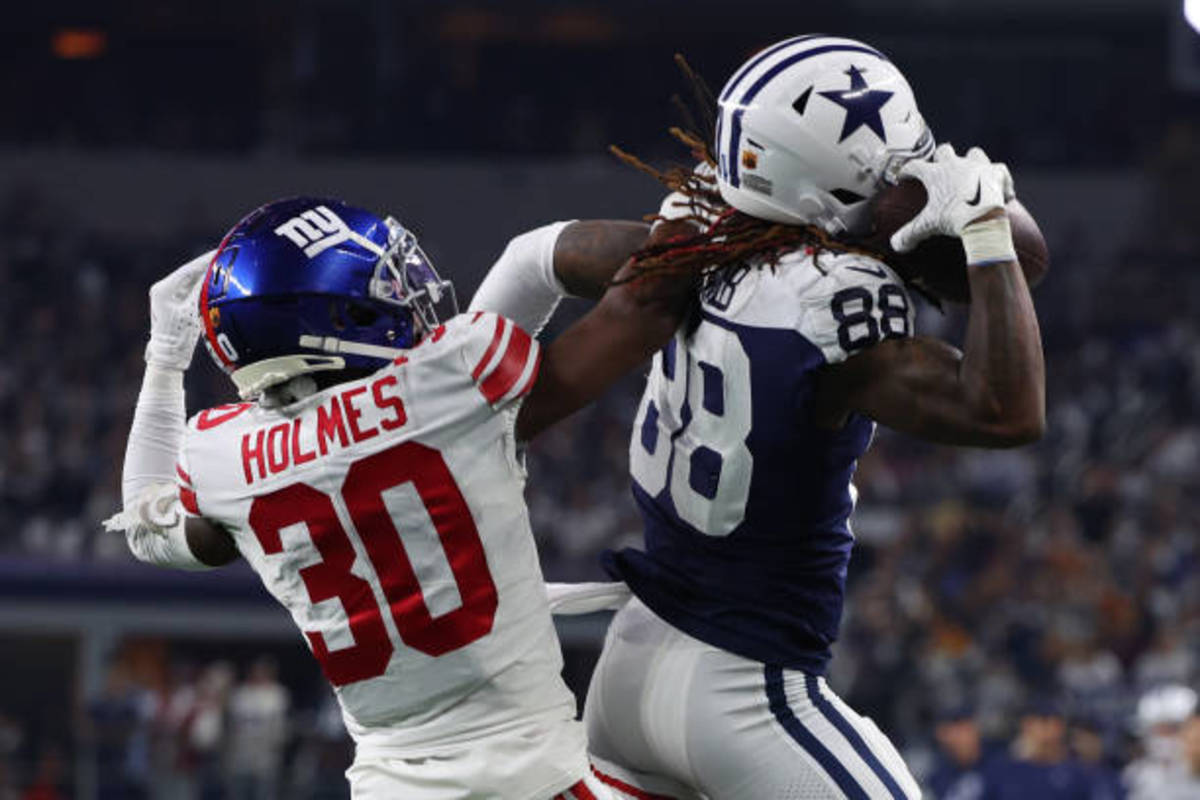 Despite 13 penalties and two turnovers, the Dallas Cowboys awakened in the second half to feast on the New York Giants in an easy 28-20 Thanksgiving victory at AT&T Stadium.

10. Perfection, Poof - It was just four days ago that the Cowboys played a "perfect" game ... a 40-3 blowout over the Minnesota Vikings. Didn't take long for them to screw this one up, as Ezekiel Elliott was stopped on 4th-and-2 from the 40-yard line on their first possession.

9. Savvy Strategy - Long-time Cowboys fans were confident at halftime, knowing that committing seven penalties, two turnovers and a failed fourth-down conversion and trailing only 13-7 was relatively positive position. Other less football-familiar fans - Aunt Edna, I'm looking at you - casually walked by the TV and harumphed "Oh they're losing again. What a surprise."

8. Bogus Jonas - If the band of boy brothers is going to lip-sync, can't we save the time and energy and listen to just stream their catalog of ... hits?

7. Dubious Decision - Admit it, you watched Mike McCarthy go for it on 4th-and-2 from Dallas' 40 on the first possession and endured a little PTSD from Thanksgivings past. In 2020 McCarthy called two fake punts that both failed, leading to a humiliating 41-16 loss to the Washington Redskins. This aggressive decision - which failed when Elliott was stuffed - led to only an early 3-0 lead that the Cowboys quickly erased.

6. Salvation Celebration - Couple years ago it was Elliott hopping into the Salvation Army red kettle after a touchdown. This Thanksgiving it was a tight-end version of "Whack-a-Mole", as Dalton Schultz, Jake Ferguson and Sean McKeon all jumped in as Peyton Hendershot - after his 2-yard run in the fourth quarter - picked a helmet to boink with the football.

5. New York, Old Fodder - Cowboys are now 11-1 in their last 12 against the Giants. The only loss in that span? The meaningless 2020 finale quarterbacked by Andy Dalton that punctuated a 6-10 season.

4. Burned Brown - Guessing Anthony Brown doesn't like turkey. Or, at least Thanksgiving isn't his favorite holiday. The Cowboys' cornerback was stride-for-stride with Giants' receiver Darious Slayton in the second quarter, and even turned his head and looked back for the ball. But, inexplicably, when the ball arrived Brown didn't jump. Slayton did, and the resulting 44-yard catch set up New York's touchdown for a 10-7 lead. It was also Brown, remember, that was flagged for four pass-interference penalties and the key flag in overtime a year ago that led to Dallas' 36-33 loss.

3. Salvation Schultze - Dallas dominated the second half, jump-started by CeeDee Lamb's one-hand catch that looked like him grabbing a telephone up to his ear. But it was three scores by tight ends Schultze and Pendershot that buried the Giants. If that production wasn't enough, it was Ferguson's athletic leap-frog of a would-be tackler that wowed the crowd and produced the game's indelible image.

1. Giant Mirage - Dallas did everything to keep the Giants in the game. Turnovers. Penalties. Iffy risk-reward. But, let's face it, New York's offense - in particular, quarterback Daniel Jones - isn't capable of taking advantage. His inaccurate miss behind a wide-open Saquon Barkley on 4th-and-1 in the third quarter sent the loud message that Dallas needed no more than its existing 21 points to win.

Want the latest in breaking news and insider information on the Dallas Cowboys?

Third-Period Meltdown Leads to Another Home Loss For Golden Knights

The Vegas Golden Knights have now lost three home games in a row following their 5-1 loss to the New York Rangers on Wednesday night. After tying Wednesday night's contest against the New York Rangers at 1-1 heading into the third period, penalty trouble finally caught up to the Vegas Golden Knights in what was yet another loss at home. A disastrous penalty-riddled third period for the Golden Knights ended with four unanswered goals for the Rangers, as Vegas ultimately fell 5-1. The Golden Knights executed almost immediately, as forward Jonathan Marchessault found the net less than half a minute into the power play. Golden Knights forward Keegan Kolesar retaliated to earn himself a roughing penalty, offsetting the penalties between the opponents.

Can Giants Corral Cowboys on Thanksgiving?

A difficult matchup against the Vikings keeps Dallas Goedert out of the top 10 tight end rankings in Week 2.

Top NFL player prop bets for Cowboys vs. Giants After simulating Giants vs. Cowboys 10,000 times, the model predicts that Cowboys running back

Cowboys vs Giants Prediction and Odds