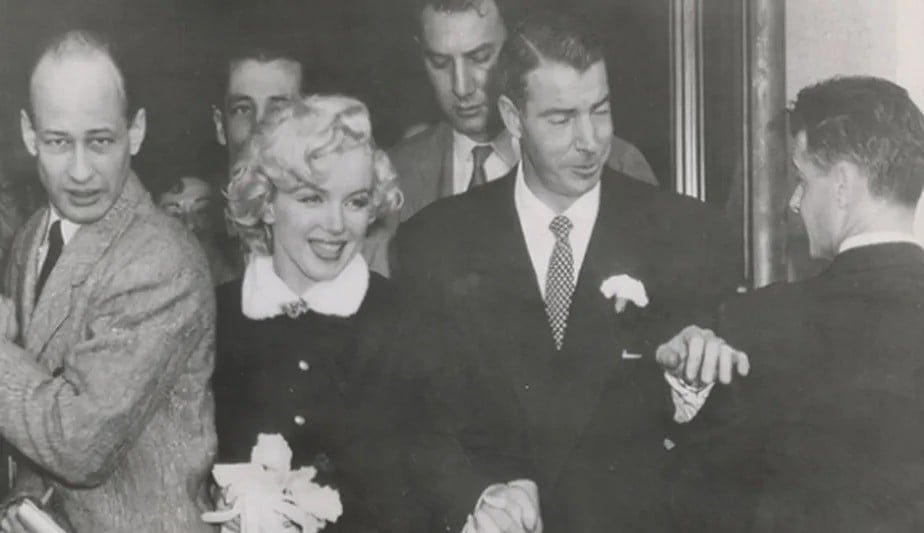 13 days ago The Goa Spotlight

The suit worn by Marilyn Monroe, with the athlete Joe Dimaggio, considered one of the most important marriages in pop culture, is being auctioned by the auction house Gotta Have Rock and Roll, the expectation is that the piece will be sold for 2 million dollars.

The suit that belonged to the diva Marilyn Monroe, is a dark brown twill suit, with a white fur collar on its jacket, which had to be shortened from its original length by a few centimeters in order to be able to be worn by the movie star.

According to the auction house, the piece was bought by Marilyn at Macy’s department store and later, presented to Milton Greene’s mother-in-law, the diva’s private photographer.

Marilyn Monroe’s wardrobe is a subject that was very high this year, after businesswoman Kim Kardashian appeared at this year’s edition of the Met Gala, wearing the iconic beaded dress, used by the actress when she sang “Happy birthday” to the president John F. Kennedy in 1962.

The dress that has become a symbol of American history, was given to Kim Kardashian by the Ripley’s museum, after the episode the Instagram profile The Marilyn Monroe Collection published a before and after the dress was worn by Kim Kardashian, where the piece appears clearly damaged.

In addition to Marilyn’s iconic transparent dress, Kim used another dress by the actress, which was worn by the actress during the Golden Globes, signed by fashion designer Norman Norell, the piece was also auctioned by the auction house Julien’s Auctions.

“To complete my evening after the Met, I had the honor of wearing Marilyn Monroe’s Norman Norell dress that she wore to theGolden Globe Award in 1962 — where she received the Henrietta Award for Best Film in the World. In my quest to find the Jean Louis diamond dress I wore to the Met Gala, I discovered Marilyn’s iconic green sequined piece from @Juliens_Auctions,” Kim Kardashian wrote in the caption of the photo of her wearing the dress on Instagram,”More further into my research I discovered that the owner of the Golden Globe she received that night was none other than my florist @jeffleatham. I saw it all as a sign that all the stars had aligned. It will forever be one of the greatest privileges of my life to be able to channel my inner Marilyn in this way on such a special night. Thank you Julien’s Auction and Jeff for helping to make this memory possible”concluded the businesswoman.

In addition to the controversial appearance of Kim Kardashian at the Met Gala, the name of the star of “Men prefer blondes” was on the rise during the second half of this year due to the film “Blonde”, distributed by Netflix, directed by Andrew Dominik and starring Ana de Armas.

The film became the target of a barrage of criticism, due to the numerous creative liberties taken during the work, and was considered a macho portrayal of the biography of Marilyn Monroe.

More News On "The Goa Spotlight"

17 minutes ago The Comeback

21 minutes ago The Economic Times

How Streaming Has Rewritten the Script for Movies

The death of movies has been announced at least once a decade since the beginning of the sound era. It’s even harder to determine how many new subscribers signed up for the purpose of watching that movie. Not that these stars, in the era of studio power, were shakers and movers in the system. Movie stardom became a global phenomenon, and new styles of acting conquered Hollywood. In spite of competition from television, from professional sports, and from rock ’n' roll, movies remained at the summit of mass culture, and movie stardom established the gold standard of modern celebrity.

44 minutes ago The New York Times

Giannis Antetokounmpo, Since ‘The Ladder Incident’, has averaged 36 and Tied 7’2″ Kareem Abdul-Jabbar

The Knicks picked up a huge win over the undermanned Hawks thanks to big nights from Julius Randle and Quentin Grimes. The New York Knicks (12-13) defeated the Atlanta Hawks (13-12) in an impressive 113-89 victory at Madison Square Garden. After an impressive win over former-future-Knick Donovan Mitchell and the Cleveland Cavaliers on Sunday, the Knicks took care of business at home against an injury-hobbled Hawks team. Overall, the Knicks were able to stomp out the Hawks due to the play of their star player for the night: Julius Randle. Related Content:»Read: The Knicks are in the Midst of an Identity Crisis»Read: The Knicks Must Be Realistic In Their Next Star Search

1 hour ago The Knicks Wall

The New York Times is bracing for a 24-hour walkout Thursday by hundreds of journalists and other employees, in what would be the first strike of its kind at the newspaper in more than 40 years. Newsroom employees and other members of The NewsGuild of New York say they are fed up with bargaining that has dragged on since their last contract expired in March 2021. The union announced last week that more than 1,100 employees would stage a 24-hour work stoppage starting at 12:01 a.m. Thursday unless the two sides reach a contract deal. Employees are planning a rally for Thursday afternoon outside the newspaper’s offices near Times Square. The NewsGuild also said the company told employees planning to strike they would not get paid for the duration of the walkout.

2 hours ago The Financial Express

3 hours ago The Daily Princetonian

Harry and Meghan 'betrayed the agreement they made with the Queen,' expert claims

Prince Harry and Meghan Markle have 'betrayed' the late Queen's trust by going back on an agreement they made with her shortly before they left the Royal Family, an expert claimsHarry and Meghan 'betrayed the agreement they made with the Queen,' expert claimsPrince Harry and Meghan Markle have been accused of betraying the late Queen 's trust as they release their controversial Netflix documentary. A Palace statement released on behalf of the late Queen at the time also read: “Harry, Meghan and Archie will always be much loved members of my family." Image: Getty Images) Getty Images)He said: “Whatever their alleged grievances, the way that Harry and Meghan have behaved is a total betrayal exclusive of the Queen’s legacy. Image: POOL/AFP via Getty Images) POOL/AFP via Getty Images)One source in contact with a Netflix production insider said: “I genuinely think it’s going to be worse than the royals can imagine. Spearheaded by Princess Kate and supported by The Royal Foundation, the service will "recognise the selfless efforts of individuals, families and communities across the UK", while also celebrating some of the late Queen's values.

The iconic Marilyn Monroe bedazzled dress worn by Kim Kardashian at the 2022 Met Gala has allegedly been damaged, per Page Six Style.

Kim Kardashian did not damage Marilyn Monroe dress worn at Met Gala 2022, says Ripley's. The franchise said the garment is 'in the same

Marilyn Monroe's iconic dress has reportedly been damaged after being worn by Kim Kardashian at the Met Gala. The dress now shows signs of

The sad story behind the Marilyn Monroe dress worn by Kim

When Marilyn Monroe attended John F. Kennedy's 45th birthday party The dress was so tight that it had to be sewn before her appearance.

Fact vs fiction: A side-by-side look at Marilyn Monroe and Ana de

Marilyn Monroe &amp; Ana de Armas Side by Side - Blonde (2022) VS Real-Life. Sixty years after her death, Marilyn Monroe was cast back into

The iconic Marilyn Monroe bedazzled dress worn by Kim Kardashian at the 2022 Met Gala has allegedly been damaged, per Page Six Style.