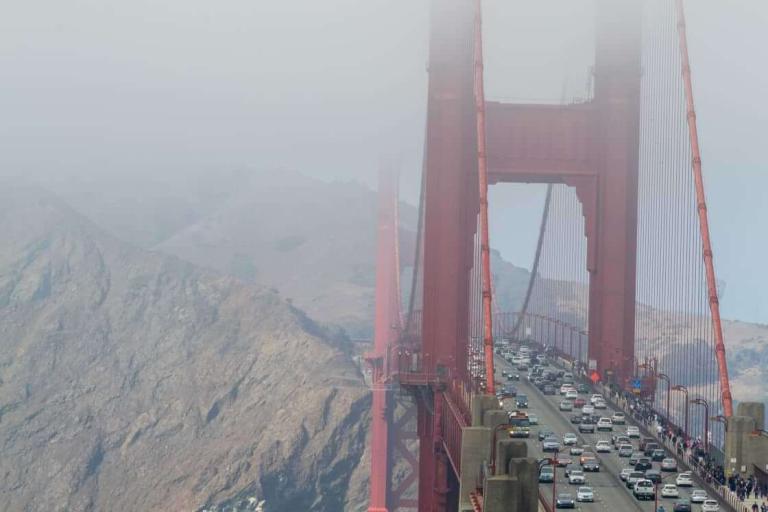 “Your testimonies are my delight; they are my counselors.” —Psalm 119:24

An earthquake rattled the San Francisco Bay Area yesterday. The strongest quake the region has seen in eight years happened on the Calaveras Fault, one of eight major faults in the Bay Area and a branch of the San Andreas fault line. The event is thus a reminder that earthquakes do not create faults in the earth—they reveal them.

This fact applies to more than geology.

The nineteen-year-old gunman who killed two people and wounded several others at his former St. Louis high school left a handwritten note saying, “I don’t have any friends. I don’t have any family. I’ve never had a girlfriend. I’ve never had a social life. I’ve been an isolated loner my entire life.” According to St. Louis Police Commissioner Michael Sack, “This was the perfect storm for a mass shooter.”

In other news, 2022 has set a record for border crossings and migrant deaths. A man who drove an SUV into a Christmas parade in Wisconsin last November has been found guilty of first-degree intentional homicide. Authorities are investigating a woman’s claim in Iowa that her late father was a prolific serial killer who murdered dozens of people over several decades.

And the body of a little boy who was found stuffed inside a suitcase in Indiana has been identified. Local police have announced an arrest, with another suspect still at large.

“A republic, if you can keep it”

The moral challenges we face reveal the foundational fissures created by our postmodern, post-Christian rejection of biblical truth and morality. This crisis was predictable and was, in fact, predicted.

Adam Smith is considered to be the “father of capitalism.” In An Inquiry into the Nature and Causes of the Wealth of Nations, he advocated for a society in which “every man, as long as he does not violate the laws of justice, is left perfectly free to pursue his own interest his own way, and to bring both his industry and capital into competition with those of any other man or order of men” (my emphasis).

In The Theory of Moral Sentiments, he added: “Upon the tolerable observance of these duties [such as justice, truth, chastity, and fidelity] depends the very existence of human society, which would crumble into nothing if mankind were not generally impressed with a reverence for those important rules of conduct.” George Mason University economist Erik W. Matson comments: “It is liberty, in Smith’s view, that is at the heart of capitalism, and at the heart of liberty lies commitment to the good of humankind.”

In his magisterial work, Democracy in America, French historian Alexis de Tocqueville explained that this focus on personal morality is “how the Americans combat individualism by the principle of self-interest rightly understood.” He noted that this principle “suggests daily small acts of self-denial” and disciplines us “in habits of regularity, temperance, moderation, foresight, [and] self-command,” drawing us toward “virtue by the will.”

I often state that America’s founders believed consensual morality to be essential to self-governance. Our constitutional checks and balances can only go so far in preserving and advancing our democracy. Government “of the people, by the people, for the people” requires a people capable of self-governance. As Benjamin Franklin famously stated when asked what the Constitutional Convention of 1787 created, “A republic, if you can keep it.”

And so, once again we see that advancing biblical morality is vital to our secular culture.

“Your servant will meditate on your statutes”

Therapists remind us that we cannot change the minds of others merely through the explanation of facts. If people do not want to change, they are unlikely to change.

However, we can demonstrate the transforming personal relevance of biblical truth so fully and powerfully that others may want what we have. As we have noted this week, living boldly and courageously for our Lord is vital to our souls and to our culture.

As an example and a model, consider Psalm 119:23–24: “Even though princes sit plotting against me, your servant will meditate on your statutes. Your testimonies are my delight; they are my counselors.” “Princes” in this context refers to rulers or commanders of the Jewish people. They “sit plotting” against the psalmist—the phrase means that they have gathered together, perhaps behind closed doors, to plan harm against the writer.

Nonetheless, he calls himself God’s “servant”—the word refers to a bondservant or slave, one who must do what his master requests whether he wants to or not. As God’s servant he will “meditate on your statutes”—the Hebrew means that he will focus his attention fully on God’s decrees.

Despite the opposition he faces from his nation’s leaders, the writer makes this commitment happily: “Your testimonies are my delight” (v. 24a), truth in which he finds great joy and pleasure. Furthermore, he will do what these “testimonies” teach: “They are my counselors” (v. 24b).

“Make an effort to be noble”

Such fidelity to biblical truth is no guarantee that we will not be persecuted by those who reject such truth. Nevertheless, the psalmist refused to be deterred from meditating on God’s statutes and enacting them in his life each day.

Dead fish float with the current; live fish swim upstream. God sees every act of unpopular obedience and will reward it forever. Just as he honored “the sons of Zadok, who kept my charge, who did not go astray when the people of Israel went astray, as the Levites did” (Ezekiel 48:11), so he will reward our faithfulness to his word and will.

Oswald Chambers noted, “It takes a tremendous amount of discipline to live the noble life of a disciple of Jesus in actual things. It is always necessary to make an effort to be noble.”

How noble will you be today?

A 5.1 magnitude earthquake struck San Francisco Bay Area, making it the strongest quake the region has witnessed in eight years.

11, near Piedmont, California, in the San Francisco Bay Area. “WHOA did anyone else feel an earthquake just now in San Francisco?

5.1 Earthquake in San Francisco is largest felt in eight years -

Croatia's capital Zagreb has been hit by an earthquake described as the strongest to strike the country in 140 years.

USGS says the main 5.1 quake hit around 11:42 a.m. 12 miles east of San Jose on Calaveras Fault. It initially registered as a 5.0 earthquake