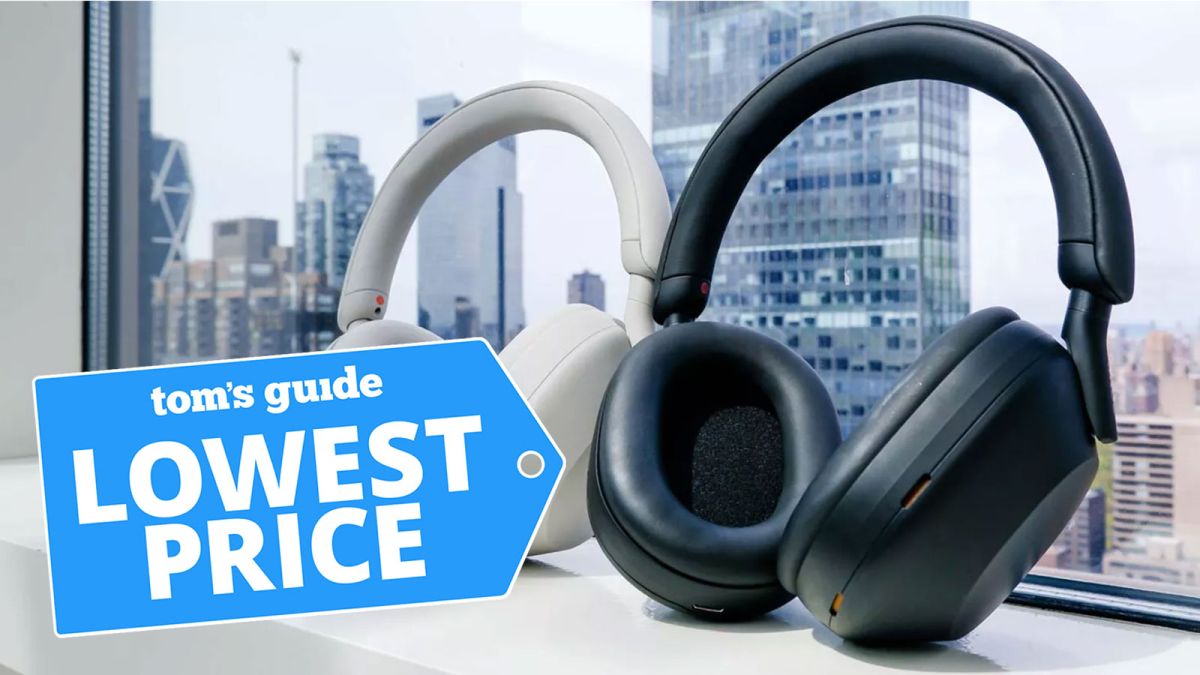 Black Friday is always a great time to snap up a pair of headphones for less and now you can save AU$100 on Sony's rather excellent WH-1000XM5 noise-cancelling cans.

We expect this deal to only last for Black Friday, so you want to be quick to grab a pair for AU$459 from Kogan. (opens in new tab)Note that the AU$100 saving is only on the black pair, but if you want the silver pair, you can get them for a just as impressive AU$479 (opens in new tab).

This is by far the lowest price we've seen for Sony's noise-cancelling headphones, even when compared to other aggressive discounters such as Amazon.

Sony has always been one of the main contenders for best noise-cancelling headphones ever since the first generation of its XM-series, but the latest XM5 model are easily its best yet. Noise-cancellation is better than we've ever experienced from Sony's flagship 'phones and sound quality remains top-notch. In fact, we remarked "the combination of audio quality, noise-cancelation and interaction is impressive across the board" when we reviewed them. Our main niggle was the price, so now they've received a AU$190 discount, we're even more enamoured with them.

We loved the Sony XM5s so much during our review, that they shot straight to the top spot of our best noise-cancelling headphones list for 'best overall' pair. While the sound quality is truly impressive, it was their ability to block out external noises that blew us away, "the XM5 banish pretty much all external sound and leave a nice dark background against which your music can do its thing."

Sony has also revamped the design of the XM5 compared to the outgoing model, to one that is far more stealth-like in its approach. We're big fans, although it must be said we do prefer the black over the silver colour, but that's just our personal preference. Whichever colour you opt for, you can be assured of an overall aesthetically-pleasing set of headphones that won't weigh you down.

Sony has also hit it out the park when it comes to eco credentials. The XM5 headphones themselves are made from recycled plastics, which can be recycled again at the end of their life. And the packaging, too, is completely recyclable, so gold stars for Sony here.

What else can we compliment? How about battery life, which is good for 30 hours with ANC switched on, and 40 with it turned off. A full charge via USB-C takes around 3.5 hours, but thanks to USB-PD (power delivery) compatibility, you can get three hours of use from just a three minute charge.

As mentioned further up, our main gripe with the Sony XM5 headphones was the price, which has thankfully been resolved with this Black Friday deal somewhat. We did also notice they retained some body heat a little quicker than rival pairs, but thanks to the new aerodynamic design that improves airflow and reduces wind noise, we wouldn't call this a dealbreaker.

Ultimately, you can't really go wrong with this incredible pair of cans.

For more savings, head over to our Black Friday deals page, which rounds up deals on a number of other headphones, along with discounts on TVs, appliances, laptops, games, mattresses and more.

How to watch the Macy's Thanksgiving Day Parade 2022 online

Even a Small Nuclear War Could Cause Global Extinction: How?

Even a small nuclear war could bring us to the brink of extinction. For the first time since the cold war, the danger of a nuclear war has come to such a threatening and loud position. Global Famine and Climate CollapseIn 1982, a group of scientists, including Carl Sagan, warned of a climate apocalypse that could follow nuclear war. Referring to this scientific work, Ronald Reagan and Mikhail Gorbachev declared in the 1980s that a nuclear war could not be won. Sudden changes such as nuclear war cause irreversible effects on the oceans within a human lifetime.

How to watch Tulsa King online — release date and time

Yellowstone season 5 release date and time: How to watch online

The Sony WF-1000XM4 are some of the best wireless earbuds, with incredible sound and great battery life — and this Black Friday deal has