‘She should be sent to prison for this’: Kim Kardashian Facing Career Ending Scandal For Standing With Balenciaga after Their Ad S*xualized Children 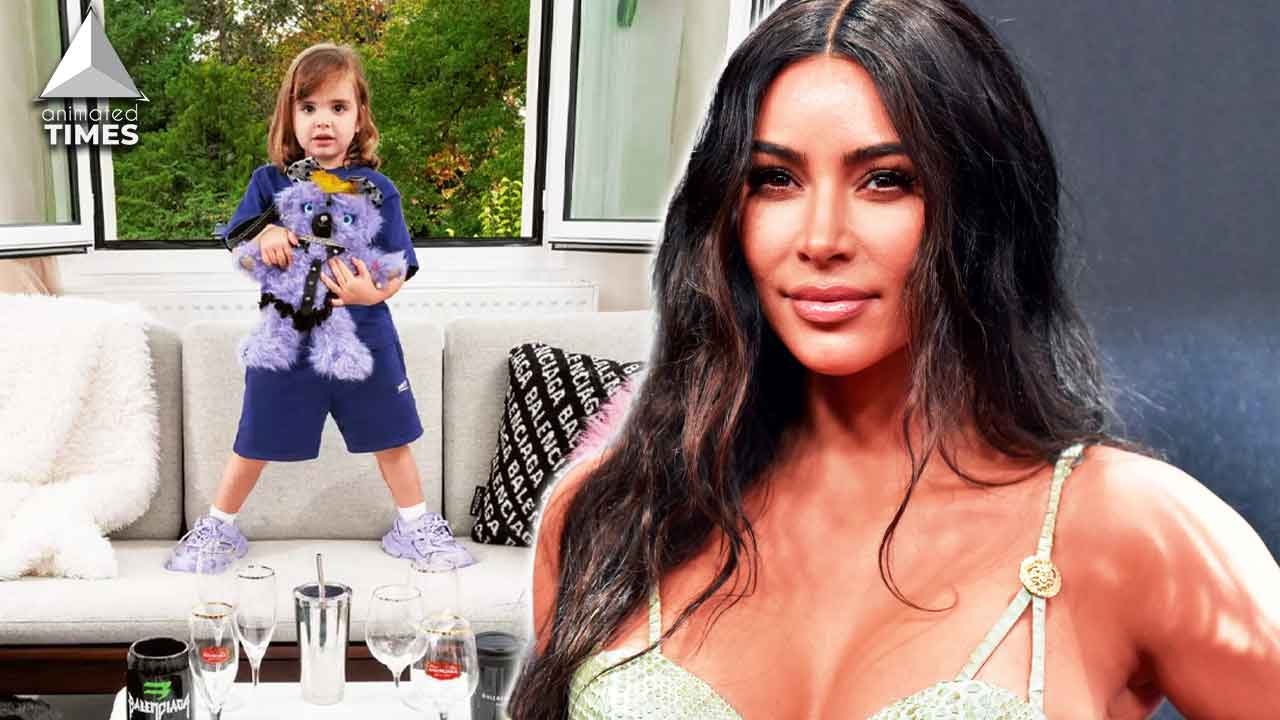 ‘She should be sent to prison for this’: Kim Kardashian Facing Career Ending Scandal For Standing With Balenciaga after Their Ad S*xualized Children

Kim Kardashian is Balenciaga’s biggest supporter and the brand’s most famous model, appearing to walk on water in the house’s new fall 2022 campaign. Keeping all this aside, she might face some serious problems and her career might end because people are speaking against Balenciaga for their problematic advertisements and s*xualizing kids for profit.

The Skims founder is now getting slammed for standing by Balenciaga after the high-end brand is bashed for sick new advertisements involving children. The star has been seen to sport pieces from the fashion house during outings, and at events showing her constant support and loyalty towards the brand and due to this, the internet is targetting her.

A few days ago, Kim Kardashian took to Instagram to share a photo of herself sporting pieces from the Adidas x Balenciaga collaboration seemingly to shade ex-husband Kanye West, who was dropped by both brands. But, it wasn’t a cool move. She is not the first star getting bashed over this matter, supermodel like Bella Hadid is also included in this scandal. One critic on Reddit wrote:

“Kim publicly said she would eat s**t to stay young. There is literally nothing she wouldn’t do for fame and money! The sad part is she has much more money than she could spend in a lifetime. She probably lives off her money making her money and she’d still sell her soul for 1 dollar. I’d never expect her to put children in front of that!”

This is criminal & sick. Sexualizing children must be a redline. @KimKardashian – speak out now. pic.twitter.com/lNIdywunlY

Court document? I don't see any such thing. I do agree, though, that there's something seriously off about the image as a whole… 😲

She'd probably let her kids do ad campaigns like this Balenciaga one.

Children are innocent. Why do they want to do that to them.

Another person wrote, “this whole thing is really gross. Hopefully, she’ll get called out for s*xualizing her own daughters, for clicks, too. They deserve so much better.”  She pretty much deserves this reaction because Balenciaga’s latest advertisements showed kids carrying teddy bears clothed in bondage-style harnesses, which is a very sensitive matter.

Related: ‘My wife just sent me this’: Kanye West Tries Humiliating Ex-Wife Kim Kardashian By Revealing Her Obscene Pictures, Could Be the Next Big Scandal after Ray J S*x-Tape Controversy

Balenciaga Gets Bashed for S*xualizing Children in New Advertisements

Fans are attacking the high-fashion brand over a series of ads featuring kids, one of which also showed what appeared to be documented about a child p*rnography case in the Supreme Court sitting on a desk. One surprising comment which made people more amazed is when the photographer Gabriele Galimberti said the pictures were part of a series called “Toy Stories.”  Not only this, many Twitter and Reddit users commented by saying Kim Kardashian is very ignorant and were questioning why she is still supporting the brand.

2022 World Cup, Argentina: Rodrigo de Paul, as annoying as he is essential

An undecided duel therefore, with two formations which have arguments to put forward, both in the offensive and defensive sectors. But if there's one player La Pulga and the rest of their partners are counting on, it's Rodrigo de Paul. However, the Atlético midfielder does not necessarily achieve a fantastic World Cup. And we see it when Messi suffers a fault: it is always Rodrigo de Paul who comes back to vilify the rival player or put pressure on the referee. But to overcome Louis van Gaal's stable, Rodrigo de Paul will have to show his best level and not just be content to be the guard closer to Lionel Messi.

1 hour ago The Times Hub

WASHINGTON - Arizona Senator Kyrsten Sinema on Friday registered as an independent, roiling Democrats’ plans just days after they had gained a clean 51-seat majority in the chamber. “Becoming an independent won’t change my work in the Senate; my service to Arizona remains the same,” she wrote in an op-ed in the Arizona Republic. Ms Sinema, 46, was first elected to the Senate in 2018 to a term that expires in 2024. Her office said she intends to keep her committee assignments from the Democratic majority. Ms Sinema notified Senate Majority Leader Chuck Schumer about her decision on Thursday, according to a Democratic aide.

2 hours ago The Straits Times

Wet and wild: Hiking the other side of the Provincetown breakwater

Strangely, the frozen pellets had fallen in a pattern that spelled out the following message:"I see people walking in that strange land beyond the Provincetown breakwater. That's where you'll find the well-marked entrance to the madness, with one of the scariest trail signs on Cape Cod. Placed there by the Cape Cod National Seashore, it reads "Caution," and then tells you why:"The route to the beach is not a maintained trail. Curious Cape Cod: The best hiking trails in each Cape Cod townI made it to the beach and that felt good. To ask a Curious Cape Cod question, email me at [email protected]

Game Awards 2022: Random kid thanks Bill Clinton; Who is he?

Rams-Raiders instant classic: Baker Mayfield’s stock is on a rocketship

Baker Mayfield, QBTo get in the game for a Thursday Night Football game after arriving in Inglewood on Tuesday afternoon is a win for Mayfield. Even though there were a few gaffes with knowing plays, Mayfield’s first three completions were 21, 22, and 22 yards. BAKER MAYFIELD TO BEN SKOWRONEK pic.twitter.com/w7AH8b1Bnx — PFF (@PFF) December 9, 20223. Baker Mayfield was leading a good drive until Cam Akers puts it on the ground pic.twitter.com/PHiJsTFdX4 — alex (@highlghtheaven) December 9, 20223. Despite leading the Rams offense to 23 points last week, Wolford was benched in favor of Baker Mayfield by the second offensive series.

Basking in the cheers of the gaming community was FromSoftware’s “Elden Ring,” which won the top Game of the Year prize. As for ‘Elden Ring,’ we still have more things we want to do, so getting this GOTY award really, really encourages us.”Heading into the ceremony, “Elden Ring” received seven nominations. “Elden Ring” also won prizes for art direction, roleplaying and direction. FromSoftware last won Game of the Year in 2019 for “Sekiro: Shadows Die Twice.”AdvertisementEntertainment & Arts ‘Elden Ring’ is FromSoftware’s most impressive open-world game to date Video game company FromSoftware teamed up with “Game of Thrones” writer George R. R. Martin to create “Elden Ring,” a work of art with an atmosphere and open world that outpaces anything it has ever released before. The Game Awards’ in-person comeback also saw prizes for “Stray,” “Bayonetta 3” and “God of War Ragnarök,” which won six categories.

God of War: Ragnarok nominations and wins at The Game Awards 2022

'She should be sent to prison for this': Kim Kardashian Facing

Balenciaga gets bashed by people for s*exualizing children in new advertisements and now Kim Kardashian is receiving hate for supporting.

After a week of silence, Kim Kardashian denounced the controversial Balenciaga ad campaign that depicted children alongside bondage-style

Kim Kardashian slammed for standing by Balenciaga after high-end

KIM Kardashian has taken heat from fans for standing by Balenciaga after the company was slammed over controversial new ads.

Kim Kardashian Addresses Balenciaga Ad Scandal: 'I Have Been