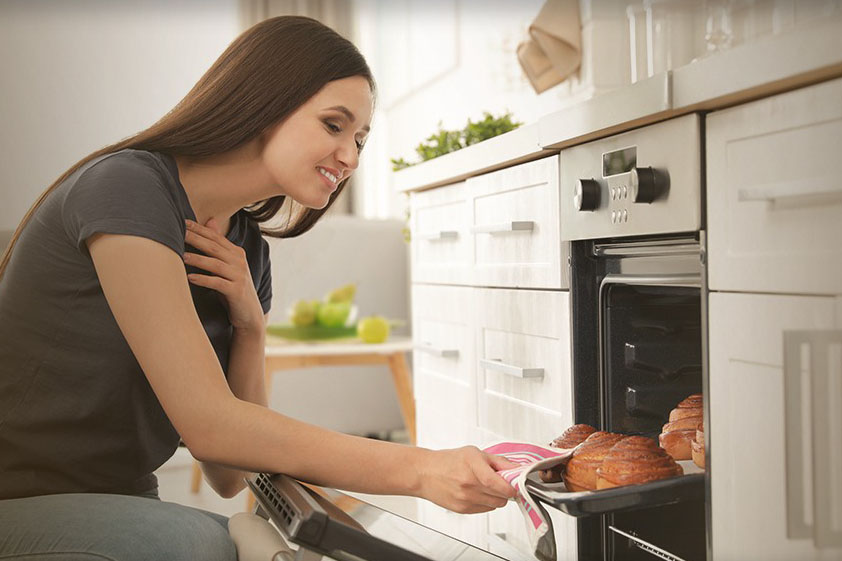 Tips on cooking the Thanksgiving dinner

Sonora, CA — Whether cooking the turkey in an oven or a fryer with all the fixings, we have compiled a list of safety tips.

CAL Fire warns chefs to stay alert, expect the unexpected, and share its recipe for success by practicing fire safety. According to FEMA’s National Data Center, cooking is the leading cause of all Thanksgiving Day fires, and 54% of these fires occur between 10 a.m. and 5 p.m. when many people are preparing their holiday feast. Additionally, per the National Fire Protection Association, 31% of home cooking fires were caused by unattended cooking equipment.

“Thanksgiving is typically one of the busiest days for CAL FIRE to respond to kitchen fires,” said Chief Joe Tyler, CAL FIRE Director. “Having a lot of guests and activity around the house increases the odds of a kitchen fire, so as we celebrate the holiday, it’s important to remain fire vigilant.”

Always stay in the kitchen while frying, grilling, or broiling food. If you must leave the kitchen for even a short period, turn off the stove and oven. Regularly check on food that is simmering, baking, or roasting; and use a timer to remind yourself that you’re cooking. Turn pot handles towards the back of the stove. Keep children 3 feet away from the hot stove, and away from hot food and hot liquids. Never use water to put out a grease fire. Instead, turn the burner off and slide a lid over the flame. Baking soda can also be used to help extinguish a small grease fire. Make sure a fire extinguisher is always close by. Ensure you have working smoke alarms installed in your home. Press the test button and if the alarm does not beep, replace the unit immediately. When using a turkey fryer, be sure to follow instructions closely. Don’t exceed the recommended oil level and only use the device outdoors. Never place a frozen or partially thawed turkey in hot oil. Keep knives out of the reach of children. Have a clean and organized kitchen. Be sure electric cords are not dangling off the counter and within easy reach of a child. Know what to do in the event of a cooking fire – know your exit routes in case of a fire emergency, get everyone outside, and then call 911 to report the fire.

Bolts have regressed on both sides of ball in losing 4 of 6LAS VEGAS (AP) — The Los Angeles Chargers needed to do three things to be successful against the Las Vegas Raiders: contain Josh Jacobs, limit Davante Adams on deep routes and capitalize on offensive opportunities. “They were getting to us early on in the game,” Chargers running back Austin Ekeler said. And then the second half came out, just didn’t end up making enough plays. Los Angeles averaged 371.8 offensive yards per game through Week 4, but that has dipped to 340.8 in its last eight games. On defense, Los Angeles gave up 349.5 yards per game in its first four but has allowed 382.7 per game since.

Mariners make early offseason move landing Teoscar Hernández View PhotoSEATTLE (AP) — The Seattle Mariners made one of the first big moves of the offseason by acquiring outfielder Teoscar Hernández from the Toronto Blue Jays in exchange for two pitchers on Wednesday. Hernández was an All-Star starter in 2021 and finished that season hitting .296 with 32 homers and 116 RBIs for Toronto. “We began our offseason with the intent to add impact and length to our lineup,” said Jerry Dipoto, the Mariners’ president of baseball operations. The Blue Jays were looking to clear salary for 2023 and also needed bullpen help with swing-and-miss stuff, which Swanson is expected to provide. Hernandez made $10.65 million last year with the Blue Jays.

Stocks edge mostly higher ahead of midterm elections in US

Henry runs for 219 yards, 2 TDs as Titans down Texans 17-10 View PhotoHOUSTON (AP) — Derrick Henry dominated the Houston Texans again, running for 219 yards and two touchdowns to carry the Tennessee Titans to a 17-10 win on Sunday. Henry had a season-high 32 carries and touchdown runs of 29 yards and 1 yard to help the Titans build a 14-3 lead. Henry has run for 892 yards and nine touchdowns combined in his last four games against Houston. Steven Nelson intercepted Willis and returned it 34 yards to the Tennessee 11 early in the second quarter. But the Texans lost 13 yards on the ensuring drive and settled for a 43-yard field goal to take a 3-0 lead.

“It is clear that our tribe, the MOWA Band of Choctaw Indians, (is) the literal poster child for the structural failures evident in the federal recognition process,” Weaver told a committee. The MOWAs are still seeking federal recognition, and they’re one of two state-recognized tribes hoping Congress will right what they see as wrongs of the past with the help of two influential U.S. senators who are retiring. Alabama Sen. Richard Shelby, the senior Republican on the Appropriations Committee, is sponsoring legislation that would provide federal recognition to the roughly 6,500-member MOWA Band. Both groups contend the process for gaining federal recognition has become adulterated and now favors money over history. Both the MOWA Band and the Lumbee Tribe contend history is on their side, even if other tribes aren’t.

California Attorney General Rob Bonta issued a legal alert on Thursday reminding urban and community water providers of requirements under the Water Shutoff Protection Act to protect California tenants and homeowners facing water shutoffs. In today’s legal alert, Attorney General Bonta warns water providers to immediately cease all water shutoffs that do not comply with the Water Protection Shutoff Act. I thank Attorney General Bonta for his leadership in ensuring the tap remains on for our most vulnerable populations, especially as people are struggling with the cost of inflation.”Requirements Under the Water Shutoff Protection ActThe Water Shutoff Protection Act includes several new requirements for termination of water service. Talk to Your Water Provider About a Payment Plan: Most water providers must make an alternative payment plan available. You have a right to discuss options with your water provider to avoid a water shutoff.

UN urges revival of negotiations on disputed Western Sahara View PhotoUNITED NATIONS (AP) — The U.N. Security Council called for a revival of U.N-led negotiations on the disputed Western Sahara in a resolution adopted Thursday that expressed “deep concern” at the breakdown of the 1991 cease-fire between Morocco and the pro-independence Polisario Front whose decades-old dispute shows no sign of ending. Morocco annexed Western Sahara, a former Spanish colony believed to have considerable offshore oil deposits and mineral resources, in 1975, sparking a conflict with the Polisario Front. Morocco has proposed wide-ranging autonomy for Western Sahara. But the Polisario Front insists the local population, which it estimates at 350,000 to 500,000, has the right to a referendum. Ambassador Martin Kimani said his government voted for the resolution last year in hopes that the U.N. mission would return “to its core objective of implementing a referendum for the self-determination of the people of Western Sahara.

Looking for Thanksgiving dinner, minus the cooking? Bob Evans, Popeye's and Whole Foods are all offering take-home Thanksgiving menus.

Restaurants open for Thanksgiving dinner in the Triangle for 2022

If cooking dinner doesn't sound like a holiday to you here's a list of Triangle restaurants open on Thanksgiving, Thursday, November 24th,

If cooking Thanksgiving dinner isn't your idea of a good time, skip the stress and consider buying a fully prepared meal instead! We're

How Much Will Thanksgiving Dinner Cost You?

Simple and Easy Last Minute Thanksgiving Dinner · Prep the turkey and start cooking it. · Set the table. · Make the cranberry sauce and transfer it

81 Easy Dinner Ideas for When You Just Can't With Cooking

Our favorite easy dinner recipes include quick-and-saucy tacos, is a lifesaving dinner on nights when we're strapped for time but still