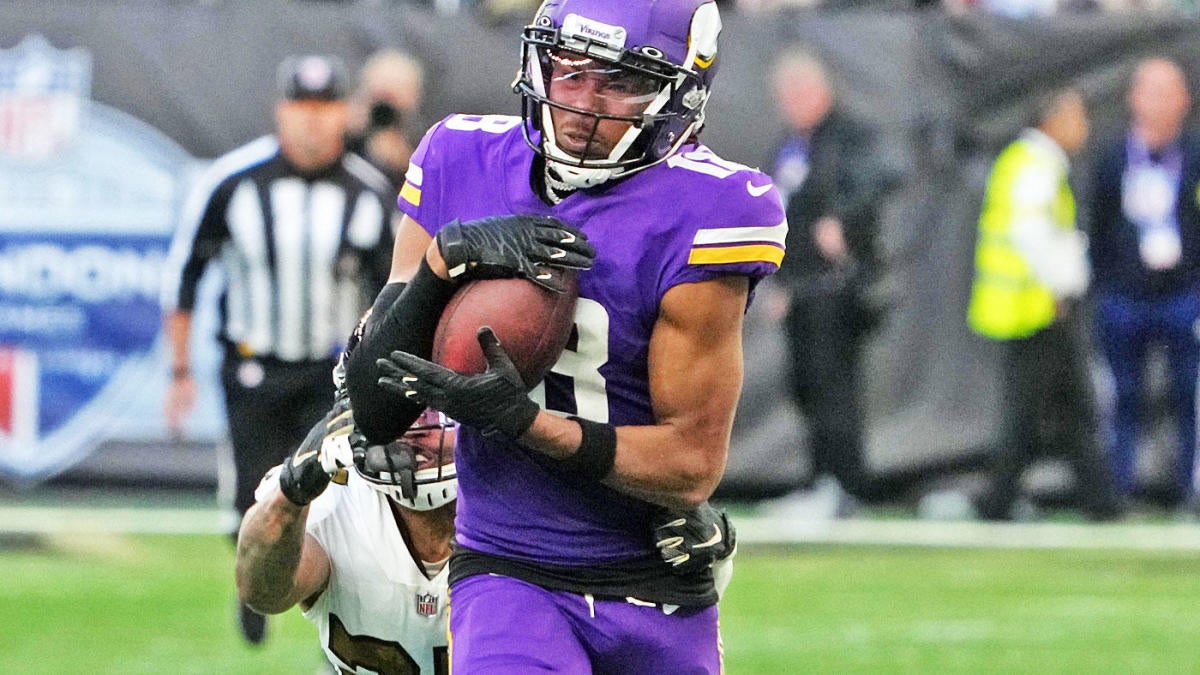 The New England Patriots will try to keep rolling when they visit the Minnesota Vikings as part of the 2022 NFL Thanksgiving Day schedule at U.S. Bank Stadium. After starting the season 1-3, the Patriots (6-4) have won five of their last six games, including their last three in a row. They are coming off a thrilling 10-3 victory over the Jets thanks to Marcus Jones' 84-yard punt return touchdown with five seconds remaining in the game. On Thanksgiving, New England faces a Minnesota team that has been one of the biggest surprises in the NFL. The Vikings (8-2) lead the NFC North and own the second-best record in the conference.

Kickoff is set for 8:20 p.m. ET. Minnesota is a 2.5-point favorite in the latest Vikings vs. Patriots odds from Caesars Sportsbook, while the over/under for total points scored is 42.5. Before you make any Patriots vs. Vikings picks of your own, you need to hear what SportsLine's resident Vikings expert, R.J. White, has to say.

Now, he has locked in on Vikings vs. Patriots during the 2022 Thanksgiving NFL schedule and released a confident against-the-spread pick. Go to SportsLine to see it. Here are the NFL lines and trends for Patriots vs. Vikings:

Why the Vikings can cover

Minnesota's Za'Darius Smith is a relentless attack man who is a constant presence in an opponent's backfield. The two-time Pro Bowler has 9.5 sacks this season, which ranks fourth in the NFL. He also has a career-high 14 tackles for loss, which is tied for the second most in the league.

In addition, Dalvin Cook is a rushing and receiving threat for the Vikings. Over the last six games, the 27-year-old running back is averaging 5.8 yards per touch and 103.2 yards from scrimmage per game. He also has scored six touchdowns over that span. See which team to pick here.

Why the Patriots can cover

The New England pass rush has a strong matchup against Minnesota's offense. The Patriots rank second in the NFL in sacks (36), behind only the Cowboys (42). Last week, Vikings quarterback Kirk Cousins was sacked a career-high seven times by Dallas in a 40-3 loss.

In addition, receiver Jakobi Meyers is having the best season of his young career. The 26-year-old has three receiving touchdowns this season, including two in the past four games, which is more than he had coming into the season (two). He also is averaging a career-high 63.6 receiving yards per game. See which team to pick here.

How to make Vikings vs. Patriots picks

White has analyzed this matchup and while we can tell you he's leaning Under the total, he has discovered a crucial x-factor that makes one side of the spread a must-back. He's sharing it only at SportsLine.

Commanders vs. Bears predictions, NFL picks by expert who is 28-14

Titans vs. Bills predictions, NFL picks from expert who is 23-12