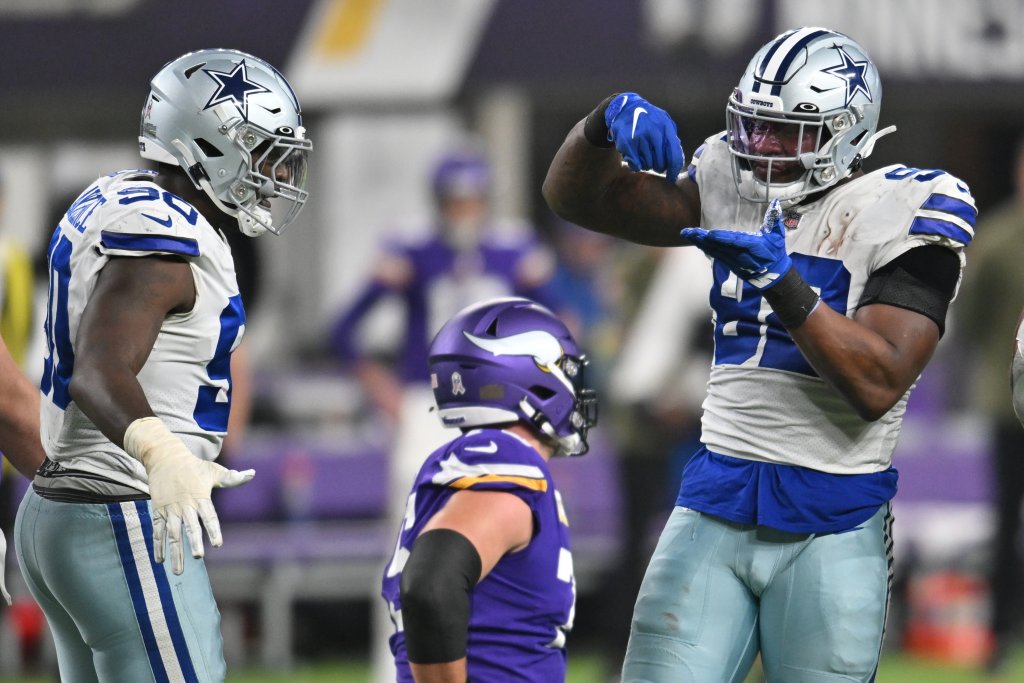 The second game on the Thanksgiving Day NFL slate had the wind taken out of its sails on Wednesday. The Giants (7-3, 3-1 away) were forced to rule out a plethora of key starters ahead of their matchup with the Cowboys (7-3, 4-1 home), and it’s now going to take a small miracle for them to keep this game competitive.

The rash of injuries caused major line movement in the NFL public betting trends, as money flooded in on Dallas. The Cowboys’ love has started to fade now that they’re laying double-digits, but given the popularity of America’s team, online sportsbooks should expect plenty more Dallas cash leading up to kickoff.

Thursday’s matchup opened with the Cowboys favored by 6.5-points. That number didn’t last long, and by Wednesday evening the line was Dallas -10. That’s where it currently sits, with New York drawing 63% of the spread wagers and 60% of the ATS handle.

Both teams enter play with 7-3 records against the spread, while the Giants are 7-0 ATS in short-rest games since 2020. Each of those contests has come with Daniel Jones under center, and one of our experts is backing Big Blue in the Giants vs Cowboys picks.

Giants down both starting CBs, TE and 4 OL.

Before you go racing to your favorite online sportsbook to bet New York, however, it’s important to consider the impact of their injuries. Per the Giants vs Cowboys injury report, New York will be missing four offensive linemen who have started games this year, as well as both starting corners.

Dallas’ offense just put up 40 points on a one-loss Vikings team, racking up seven sacks. The Cowboys rank second on defense per DVOA, and number one in pressure rate.

After failing to cover in their home opener, Dallas is 4-0 ATS at Jerry’s World, covering by at least 10 points in all four of those contests.

The injuries to the Giants’ secondary are likely part of the reason the total for this NFC East showdown has risen throughout the week. The number opened at 43 but has been bet up to 45.5.

Even at that inflated number, the over is still drawing the majority of the betting action. 65% of the over/under bets are backing over 45.5, as is 64% of all money wagered on the total.

Both teams have seen the bulk of their games fall under the total this season, and don’t be surprised if this one does as well. New York is 7-3 to the under this season, while Dallas is 6-4.

The Cowboys’ offense has a major advantage in the trenches, ranking fifth in adjusted line yards, while the Giants boast a bottom-eight rush defense grade per Pro Football Focus. Expect Dallas to exploit that edge if they get up big, which will slowly bleed the clock.

That should lead to a big game from Tony Pollard, who has gained 464 total yards over his past 61 touches and is a standout value in the Giants vs Cowboys player props.

As far as the moneyline market is concerned, Dallas is garnering most of the attention. The Cowboys are currently drawing 72% of the moneyline action and 79% of the handle.

Most of that money is likely tied up in moneyline parlays, as there won’t be too many bettors laying -500 odds on Dallas.

The Cowboys’ recent history on Thanksgiving hasn’t been great, as they’ve dropped three straight matchups. However, those teams didn’t boast a defense as fierce as this year’s version, and they weren’t playing an opponent full of second-stringers.

In terms of the New York-Dallas rivalry, it’s been completely one-sided over the past five-plus years. The Cowboys have won 11 of the past 12 meetings, including this season on the road with Cooper Rush under center.

Giants vs Cowboys injury report for NFL Thanksgiving Day 2022 game while the Giants lost 31-18 to the Detroit Lions in Week 11.

Giants vs Cowboys on NFL Thanksgiving Day 2022 - AS USA

Fox has broadcasting rights for the Thanksgiving Day game between the Cowboys and the Giants, but You can watch Cowboys vs Giants live stream