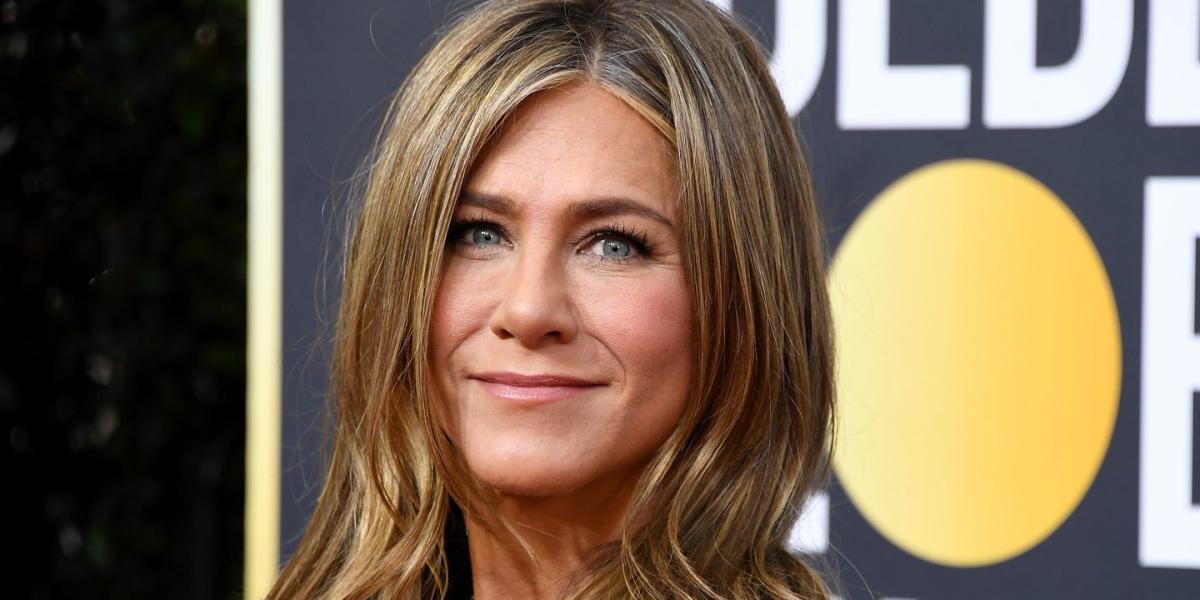 Jennifer Aniston is the new cover girl for Allure, and she is totally baring it all while talking about her difficult journey to conceive children through IVF.

In the cover photos, the actress, 53, showed off her super strong body for all to see.

Jen is super open about her health and fitness habits, from her at-home smoothie recipes to her intense workouts with her trainer.

As if she's not already the best person everyone knows, Jennifer Aniston is now on the cover of Allure, opening up about a difficult time in her life. The actress, who is now 53, got really candid about her health struggles, and spoke about her previous IVF journey. “I was trying to get pregnant. It was a challenging road for me, the baby-making road,” she told Allure.

“All the years and years and years of speculation... It was really hard. I was going through IVF, drinking Chinese teas, you name it. I was throwing everything at it,” she continued. “I would’ve given anything if someone had said to me, ‘Freeze your eggs. Do yourself a favor.’ You just don’t think it. So here I am today. The ship has sailed.”

But Jennifer also said that she has “zero regrets” with the way things turned out. She added, “I actually feel a little relief now because there is no more, ‘Can I? Maybe. Maybe. Maybe.'”

In the photos that accompany the incredible story, the iconic actress posed in an underboob-baring Chanel bra top and low-waisted bottoms that showed off her impressively toned abs, as well as a series of photos where she's totally topless. Here's the evidence that will show you just how seriously toned all over she is:

And a final photo from the shoot:

When it comes to maintaining her strength and healthy habits, Jennifer shared a little BTS glimpse of her diet routines, making a shake during her interview that contained nuts, powders, bananas, and chocolate. Jennifer previously shared that recipe with Well + Good, and told Byrdie that she’ll sometimes switch it up by throwing in a handful of berries.

Of course, The Morning Show star didn’t get that strong from just drinking smoothies all day. She dropped an Instagram Story video earlier this year that showed her owning an at-home workout while her dogs played around her. There’s Jen doing bicycle crunches and kettlebell squats—or attempting to, while her pooches got in the way.

And despite the occasional puppy interference, Jennifer doesn't let much get in the way of her strength training goals. Her trainer, Leyon Azubuike, previously told Women's Health that Jennifer works out up to seven days a week for an hour and a half at a time. Her training sessions tend to reflect what’s happening at that moment in Jen’s life, Azubuike said.

"If I know Jen isn't filming anything, it's a different phase than if I know she has something coming up tomorrow,” he said “If she's going to be walking up to receive an award, I'm not going to destroy her legs in the gym the day before.”

These workouts include things like boxing, jumping rope, strength training, and resistance band work. “We rotate these things so it's always hard, she's consistently being challenged,” Azubuike said.

When she’s not crushing it at the gym, you can find Jennifer doing some impressive yoga moves (which is super great for preventing injuries, BTW). Case in point:

After Prince Harry and Meghan Markle got engaged, they shared the news with the world — in an “orchestrated” sit-down interview. Prince Harry has informed Her Majesty The Queen and other close members of his family. Per Harry & Meghan, the photo session occurred moments before their first joint interview. I had to ask permission from my grandmother [Queen Elizabeth II], I couldn’t do it outside the U.K.,” Harry recalled in the second episode of Harry & Meghan. Harry and Meghan wore matching penguin ones, since the arctic mammals “mate for life.”The first three episodes of Harry & Meghan are now streaming on Netflix.

Peru president dissolves congress, which then ousts him

Location tracking can help tech companies sell digital ads to marketers looking to connect with consumers within their vicinity. Even a small amount of location data can reveal a person's identity and routines, they said. Google uses the location information to target consumers with ads by its customers, the state officials said. The attorneys general said Google misled users about its location tracking practices since at least 2014, violating state consumer protection laws. As part of the settlement, Google also agreed to make those practices more transparent to users.

Emma Thompson opened up about her split from ex-husband Kenneth Branagh, who had an affair with Helena Bonham Carter during their marriage. It later emerged, however, that the Belfast director had begun a relationship with Bonham Carter, 56, while the duo worked on Mary Shelley’s Frankenstein in 1994. As my mother says, ‘The first 20 years are the hardest.’”After his split from Thompson, Branagh dated Bonham Carter until 1999. Branagh, Thompson and Bonham Carter all later appeared in the Harry Potter franchise, playing Gilderoy Lockhart, Sybill Trelawney and Bellatrix Lestrange, respectively. Wise and Bonham Carter also both appeared on The Crown, though their seasons did not overlap.

On any given day, the retail giant adds and removes deals from this secret hub on a handful of Echo smart devices, Fire TV video streamers and Kindle e-readers — and the savings are great. It gives you access to a huge array of streaming services so you can enjoy all your favorite shows and movies. The Insignia is a Fire TV, allowing you to stream 4K movies and TV shows from Netflix, Hulu, HBO Max, YouTube, Disney+, Prime Video, Sling TV, Paramount+, Peacock and more. Autumn is the yearly sweet spot for the best movies and TV series, not to mention the NFL, NBA and NHL. It also acts as a mini entertainment hub, giving you access to videos, TV shows, movies or the news with Prime Video, Hulu, NBC and more.

Jennifer Aniston was baring all and opening up about her IVF journey on the 'Allure' cover, showing strong abs in the photos.

Jennifer Aniston flaunted her toned abs in a skimpy Chanel nipplekini for the cover of 'Allure.'

Jennifer Aniston is the new cover girl for Allure, and she is totally baring it all while talking about her difficult journey to conceive

Jennifer Aniston is the December cover of Allure Magazine:

Jennifer Aniston is 53 and feeling free. The actress, who covers the December issue of Allure in a vintage Chanel micro bikini, tells the

Jennifer Aniston has been dodging pregnancy rumors with grace for she opened up about IVF and her fertility journey with Allure magazine.

Jennifer Aniston looks gorgeous as she shows off her abs in this barely-there bikini for an Allure cover shoot.