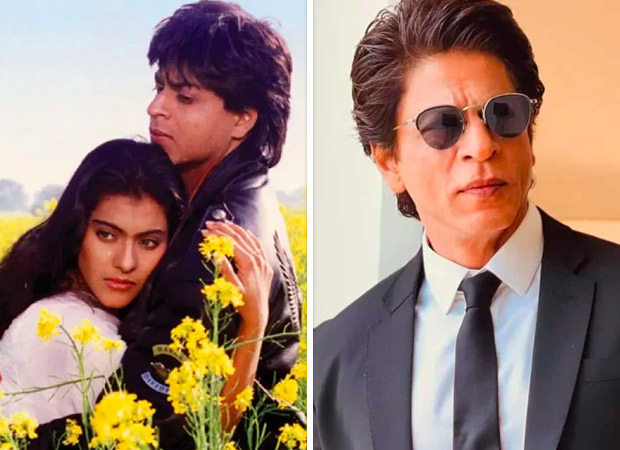 Bollywood megastar Shah Rukh Khan starrer 1995 cult film Dilwale Dulhania Le Jayenge will reportedly open Saudi Arabia’s upcoming Red Sea International Film Festival in the port city of Jeddah. According to Deadline, the feature – which was produced by Yash Raj Films and directed by Aditya Chopra – will open the program for the event’s new open-air Red Sea Corniche venue, which will host free screenings and concerts across the 10 days of the festival.

Dilwale Dulhania Le Jayenge (DDLJ) follows the story of Raj (Shah Rukh Khan) and Simran (Kajol) who meet during a trip across Europe and fall in love. However, when Raj learns that Simran is already promised to another, he follows her to India to win her and her father over.

“Dilwale Dulhania Le Jayenge is not just our biggest IP, but it’s one of India’s biggest IP that has spread love and joy to millions of people across the world,” said Akshaye Widhani, CEO of Yash Raj Films.

“We are delighted that our film, 27 years after its release, is still one of the most loved films in the history of world cinema. It is our pleasure that DDLJ will be the first film to open public screenings at this year’s Red Sea International Film Festival.”

“It’s wonderful to be here among my fans from Saudi and the region who have always been huge supporters of my films,” he added. “I’m looking forward to celebrating the region’s talent and being a part of this exciting film community.” Mohammed Al-Turki, CEO of the Red Sea International Film Festival, also commented, “We are thrilled to be honoring Shah Rukh Khan, who is a remarkable talent and global superstar.”

“He has captivated audiences since his earliest performances and is one of the world’s most renowned actors working today,” he added. “After 30 years in the industry, Shah Rukh Khan remains one of the most successful superstars of Indian cinema and is beloved by audiences around the world. We look forward to welcoming him to Jeddah this December.”

Meanwhile, Shah Rukh Khan is currently gearing up for his next Yash Raj Films feature titled Pathaan due out in January 25, 2023. He is reportedly shooting his latest film titled Dunki in Jeddah. The film is directed by Rajkumar Hirani and also stars Taapsee Pannu along with Boman Irani.

Well, BTS leader RM aka Kim Namjoon fans are on cloud nine. Also Read - BTS: Namjoon aka RM keeps his promise; to hold a special concert for 200 ARMYs for new album Indigo in intimate settingThe lyrics of Change Pt. Now, this is making some ARMYs wonder if Kim Namjoon aka RM went through a bad breakup. ?comfy stan (@asocialweirdo) December 2, 2022Someone got him making a breakup song, srry not srry but how to u break up with THEE kim namjoon ??? Also Read - BTS RM has a special advice to all K-pop trainees: Please don’t forget you are human, you have a job...

Shang-Chi star Simu Liu slams Quentin Tarantino and Martin Scorsese for their take on Marvel – “I loved the Golden Age too but it was white as hell” : Bollywood News

Simu Liu, who starred in Marvel’s Shang-Chi and the Legend of the Ten Rings, is calling out celebrated directors Quentin Tarantino and Martin Scorsese’s comments about Marvel and what it means to be a real movie star. The Marvel star took to Twitter on Tuesday to address the numerous criticisms levied upon the Marvel franchise by the two renowned filmmakers. “If the only gatekeepers to movie stardom came from Tarantino and Scorsese, I would never have had the opportunity to lead a $400 million plus movie,” Liu tweeted. Shang-Chi star Simu Liu slams Quentin Tarantino and Martin Scorsese for their take on Marvel – “I loved the Golden Age too but it was white as hell”"I am in awe of their filmmaking genius. “The good thing about being in a bad era of Hollywood cinema is the ones that don't conform, the ones that stand out from the pack,” he added.

EXCLUSIVE: Gippy Grewal talks about the difference between Bollywood and Pollywood

Today, we have Rupali Ganguly starred Anupamaa, Ayesha Singh starrer Ghum Hai Kisikey Pyaar Meiin and also Salman Khan-hosted TV show Bigg Boss 16. roots for Sajid Khan in Bigg Boss 16Sajid Khan joining Bigg Boss 16 courted a lot of controversy for the makers. Recently, Aamir Ali tweeted in support of Sajid Khan saying that he found him genuine and entertaining. Here's what he had to say about Sajid Khan in Bigg Boss 16.talks about depressionRatan Rajput is enjoying her village life right now. In the promo of Bigg Boss 16, we saw Archana Gautam questioning Abdu Rozik's calm and cool nature on the show.

The Best Bollywood Movies That'll Sweep You Away - Oprah Daily

59 minutes ago - SC asks high courts to decide PTI pleas in ECP contempt case at the earliest 1 hour ago - PM to hold cabinet crisis talks after rail union adds more Christmas strikes 1 hour ago - RBI MPC: What is it? Why is it important? What do analysts say? Here's all you need to know 1 hour ago - Yes Bank revises FD interest rates; earn up to 7% on this FD tenure 1 hour ago - His power secure at home, China’s Xi Jinping goes on a charm offensive abroad 1 hour ago - Bentonite Market is Projected to Reach US$ 2.81 Billion in 2028 1 hour ago - England fan who witnessed 1966 World Cup final win hopes for repeat in Qatar 1 hour ago - When to Expect the Peripheral Season 2 Release Date? 1 hour ago - Below Deck’s Fraser Olender shares 'struggle' of Chief Stew role: 'Not here to be friends' 1 hour ago - Tom Brady throws for 2 late TDs, Bucs beat Saints 17-16 1 hour ago - Scarlet Fever and invasive Group A strep 1 hour ago - Letters to the Editor | Dec. 6, 2022 1 hour ago - Opinion: In every Ukrainian kitchen, a secret weapon against Putin 1 hour ago - How Old Was Sandra Bullock in the Proposal? The Film Grossed Over $137 Million! 1 hour ago - Conservative SCOTUS majority under scrutiny in major ‘independent legislature’ elections case 1 hour ago - Grand Canyon National Park 1 hour ago - Rookie Nembhard has 31, leads Pacers past Warriors, 112-104 1 hour ago - Salesforce (NYSE:CRM) Price Target Cut to $225.00 1 hour ago - Transgender Journey: Mutability of Identity 1 hour ago - Commonwealth Bank of Australia : CBA announces rate changes 1 hour ago - Waterlooville pupil believed to have died from Strep A infection 1 hour ago - Sunburn — The morning read of what’s hot in Florida politics — 12.6.22 1 hour ago - Monday's Sports In Brief 2 hours ago - Kroo bank account: Is it better than Monzo or Starling? 2 hours ago - Elon Musk's brain-implant firm Neuralink under scanner over animal abuse 2 hours ago - A Disastrous Pre-Sale: Taylor Swift Fans Sued Ticketmaster 2 hours ago - Ronaldo eyes World Cup quarters as Morocco dare to dream 2 hours ago - Lawsuit alleges writer-director James Toback is a 'serial sexual predator' 2 hours ago - Innovation finance evidence pack (HTML) 2 hours ago - Brady throws for 2 late TDs, Buccaneers beat Saints 17-16 2 hours ago - How Cinema Audience Behavior Has Been Changed by COVID – CineAsia 2 hours ago - World Cup Viewer’s Guide: 2 Quarterfinals Places Left 2 hours ago - Rosenthal: MLB’s massive free agent spending is just beginning. Explanation of forces at work. 3 hours ago - Elon Musk fever in EU's poorest country Bulgaria in anticipation of his visit 3 hours ago - Neuralink: Elon Musk's plan to implant a chip in the human brain: Why? - 3 hours ago - Tom Brady and Bucs figure out how to beat Holy people on game-dominating TD in conclusive seconds 3 hours ago - What Consumer Duty means for smaller advice firms 3 hours ago - Brazil-Argentina semi-final moves another step closer 3 hours ago - James Harden returns as 76ers deliver another dud in loss to Rockets 3 hours ago - Hospitality: The growth of hospitality courses abroad: Here is what you should know, Hospitality News, ET HospitalityWorld 3 hours ago - Tatum Leads Celtics Over Raptors, Pacers Beat Warriors 3 hours ago - Attacks on Russian air bases put spotlight on new Ukrainian drone program 3 hours ago - Musk’s Neuralink faces federal probe over animal tests 3 hours ago - Morocco Dare To Dream: Cristiano Ronaldo Eyes World Cup Quarterfinals 3 hours ago - Tatum leads Celtics over Raptors; Curry struggles vs Pacers 4 hours ago - Tom Brady and the Bucs find a way to beat the Saints on a game-winning TD in the dying seconds 4 hours ago - Nelly & Ashanti Steamy Performance Has Fans Calling For The Former Couple To Reunite 4 hours ago - Kirstie Alley’s Kids: Everything To Know About The Late Star’s 2 Children 4 hours ago - Kirstie Alley: A mainstay of the screen in the 80s and 90s as Cheers propelled her to stardom 4 hours ago - Uddhav vs Eknath Shinde : Supreme Court To Hear Petitions Related To Shiv Sena Rift On January 13, 2023 4 hours ago - Cincinnati hires Louisville’s Satterfield to replace Fickell 4 hours ago - Was Kirstie Alley a scientologist? Beliefs explored as the actress passes away at 71 4 hours ago - India resumes e-visa service for UK travellers: What is it and how is it different from regular visas? 4 hours ago - Sixers Coach Doc Rivers Calls for Rule Change After Joel Embiid Mishap 4 hours ago - Odds, line, and spread for 76ers vs. Rockets:2022 NBA picks, Dec. 5 from a reputable computer model 4 hours ago - NBA roundup: Rockets outlast Sixers in double OT 4 hours ago - Rookie Nembhard scores 31, Pacers stun Warriors 112-104 4 hours ago - Kirstie Alley, ‘Cheers’ Star, Dies At 71- Cause Of Death Explained 4 hours ago - Salesforce (NYSE:CRM) Reaches New 1-Year Low Following Analyst Downgrade 4 hours ago - Yankees won’t make Aaron Judge wait as long for a decision as offseason