How Much Older Is Priyanka Chopra Than Nick Jonas and How Many Children Do They Have?

How Much Older Is Priyanka Chopra Than Nick Jonas and How Many Children Do They Have?

Romance rumors between Priyanka Chopra and Nick Jonas first started to swirl in 2017. The second time reports that they were dating ramped up was in 2018 and those were followed by engagement rumors. By the end of the year, the pair did tie the knot.

Here’s more about the celebrity couple and their whirlwind romance including how many children they have and what their age difference is. 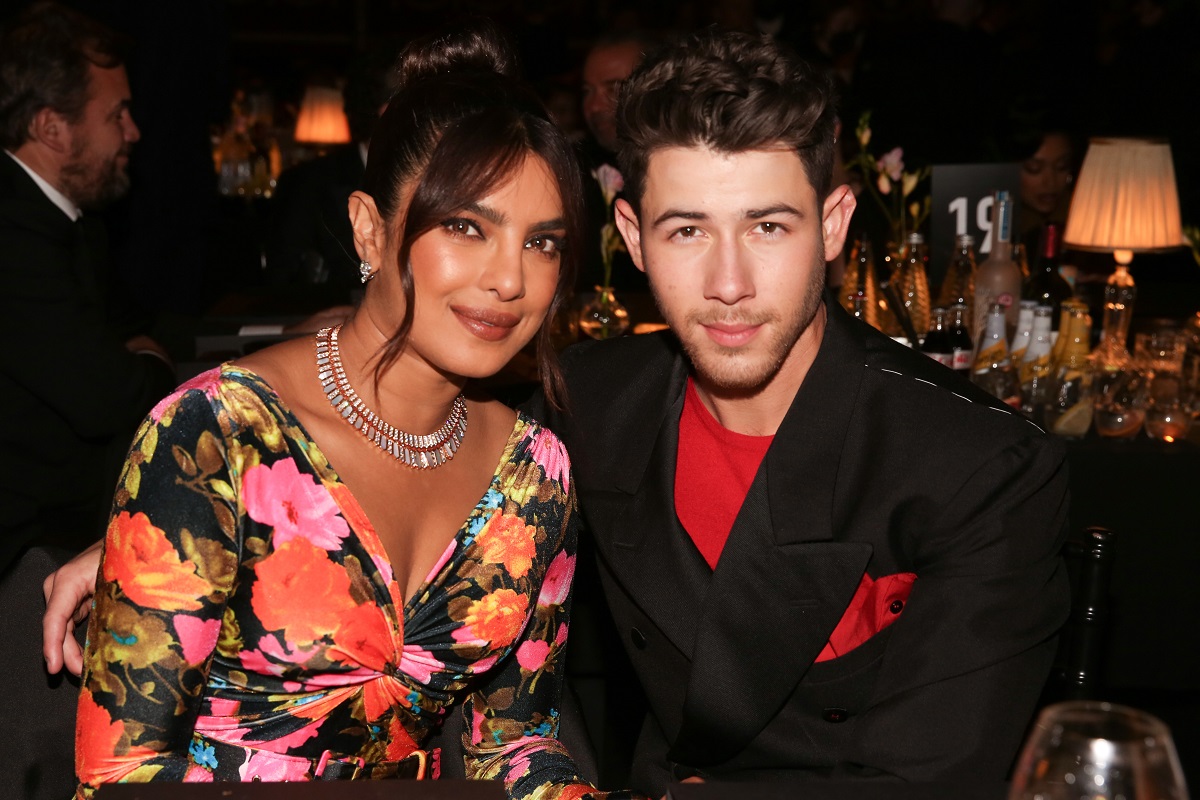 Chopra and Jonas have Twitter to thank for their relationship

Chopra and Jonas’ love story began on Twitter when the “Jealous” singer slid into the actor’s DMs in 2016.

Jonas recalled to Vogue what he wrote to her at the time telling the publication that he said: “I’m hearing from a few mutual friends that we should meet.” Chopra responded back writing: “My team can read this. Why don’t you just text me.”

The pair finally did meet in person at the 2017 Vanity Fair Oscars after-party. “And I put my drink down,” get on one knee — this is in front of a bunch of people,” Jonas remembered. “And I say, ‘You’re real. Where have you been all my life?’ Like, loud.”

Their first date was in May 2018 when they went to see Beauty and the Beast at the Hollywood Bowl with some friends. By July, Jonas asked his girlfriend to marry him. Their three-day wedding celebration took played in early December of that same year. It was a lavish affair that combined “both Christian and Hindu marriage traditions and culminated in a ceremony at a legit palace in Jodhpur,” according to Brides.com.

Happiest birthday my love. May you always have joy in your life and a smile on your face. I love you @nickjonas pic.twitter.com/Z6EPcOhawD— PRIYANKA (@priyankachopra) September 18, 2022

What is Jonas and Chopra’s age difference?

The Matrix Resurrections star previously stated that their age and cultural differences don’t present many obstacles in their relationship.

“Just like a normal couple, you have to understand each other’s habits and what each other likes,” Chopra told The Times. “So it’s more of an adventure than trying to figure out hurdles. None of it was really that hard.”

The actor also explained that she and the Jonas brother try not to be apart for too long telling Tatler: “[We] don’t go more than two/three weeks without seeing each other. It’s too hard otherwise and you’ve got to work on the relationship to prioritize it.” 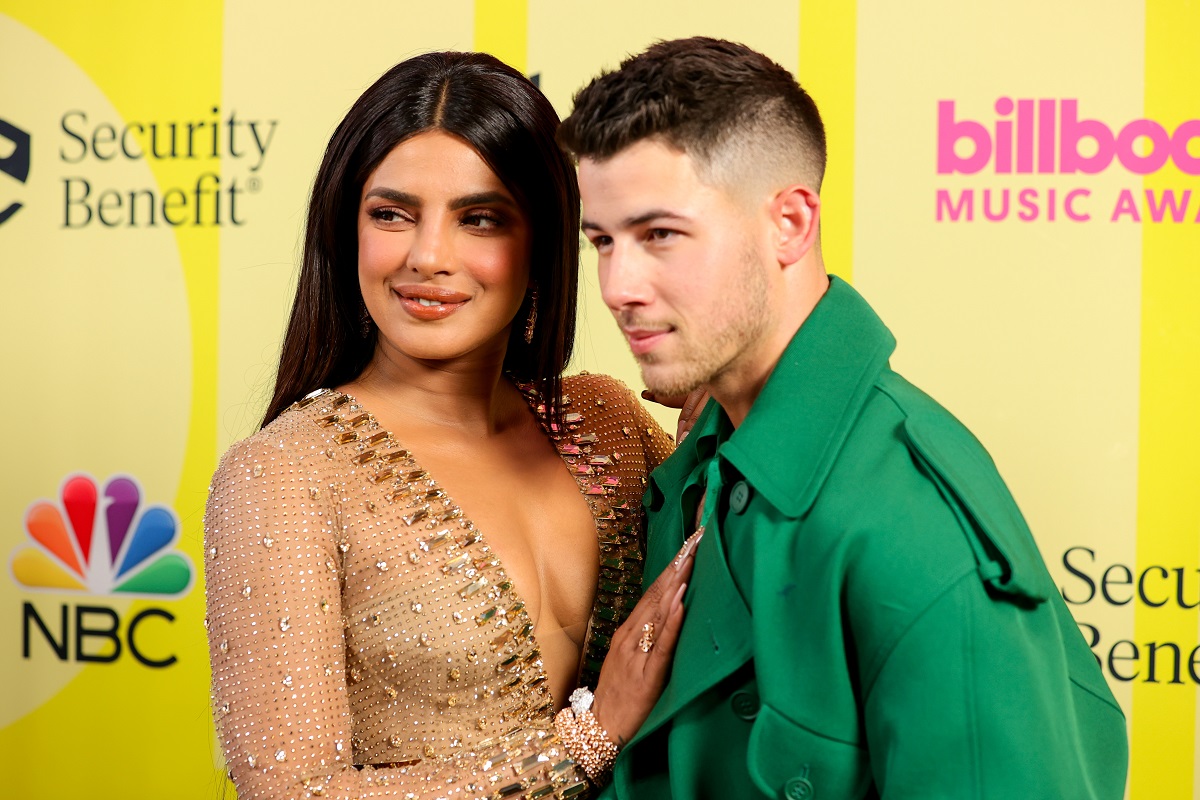 RELATED: Before Priyanka Chopra: A Look Back At the Other Celebrities Nick Jonas Dated

How many children they have

Chopra and Jonas currently have one child together.

The news about their little one’s arrival was shared via social media on Jan. 21, 2022, with a message from the couple that read: “We are overjoyed to confirm that were welcomed a baby girl via surrogate. We respectfully ask for privacy during this special time as we focus on our family. Thank you so much.”

John Lennon Compared 1 of His Solo Songs to Haiku

John Lennon | Max Scheler – K & K / ContributorJohn Lennon felt one of the songs from his post-Beatles career was similar to haiku. John Lennon said 1 of his solo songs was ‘just a feeling’ and compared it to a haikuThe book Lennon on Lennon: Conversations with John Lennon includes an interview from 1971. In it, the interviewer asked about John’s song “My Mummy’s Dead” from the album John Lennon/Plastic Ono Band. “My Mummy’s Dead” was not a hit but John felt it was comparable to a famous literary artform from Japan. RELATED: The Beatles: John Lennon and Paul McCartney Used These 2 Words in Their Song Titles and Lyrics to Connect to Fans

During a fun wine night with friends, Malia White from Below Deck Mediterranean revealed that she and her boyfriend Jake Baker are no longer a couple. Malia White and Jake Baker met on ‘Below Deck Med’White and Baker quietly started dating when he was an engineer on Below Deck Med Season 6’s Lady Michelle. Malia White Jake Baker | Photo Malia WhiteWhen Showbiz Cheat Sheet asked White about any love interests after she and Checketts split, she only revealed that she was “dating.” Adding, “I’m definitely over what happened,” regarding the breakup with Checketts. ‘Below Deck’ Malia and Jake kept their relationship quiet for a whileWhite finally went public with her relationship on Watch What Happens Live with Andy Cohen. Before the summer season, she and Baker started working on the same yacht and she was happy.

Who Were Kirstie Alley’s Husbands? How Many Kids Did She Have?

Abby Elliott made a big impact during her time at ‘SNL’Abby Elliott attends the 2020 NBCUniversal Winter Press Tour at The Langham Huntington, Pasadena on January 11, 2020 in Pasadena, California. | Tommaso Boddi/WireImageBefore auditioning for SNL, Elliott did what many others do — she started in improv. Abby Elliot is the daughter and granddaughter of ‘SNL’ alumsWhile her SNL tenure may seem short, Abby Elliott outlasted both her father and grandfather on the sketch comedy series. Abby Elliott on her famous familyGrowing up in show business has a tendency to create performers who aren’t very grounded. He would always tell me if you’re not having fun, what’s the point?”RELATED: Abby Elliott Almost Starred in ‘Schitt’s Creek’

Royal watchers have often speculated how Meghan Markle has come to terms with life as a member of the British royal family. A body language expert claims a telltale sign reveals how Meghan copes under pressure. Does Meghan Markle still play with her hair as a way to self-soothe? She described how Harry referred her to a mental health professional when she was at her worst point. RELATED: Royal Expert Claims Meghan Markle’s ‘Attitude’ Stiffened, Acted ‘Arrogant’ After Meeting Prince Harry

How much older is Priyanka Chopra than Nick Jonas? She was born on July 18, 1982, in Jamshedpur, India, while Nick Jonas was born 3,714 days

How Many Kids Do Nick Jonas and Priyanka Chopra Have?

Nick Jonas and Priyanka Chopra are parents to daughter Malti Marie. See photos of her here.

How Much Older Is Priyanka Chopra Than Nick Jonas and How

Priyanka Chopra Jonas Reveals How She and Nick Jonas Make

Every Photo From Priyanka Chopra And Nick Jonas' Wedding

Priyanka Chopra and Nick Jonas have named their daughter Malti Marie Chopra Jonas. They welcomed their first child earlier this year. Check out

Bollywood actress Priyanka Chopra and Nick Jonas have named their daughter Malti Marie Chopra Jonas. According to the information,

Photos: Nick Jonas and Priyanka Chopra are back in Mumbai

Priyanka Chopra Jonas and Nick Jonas know how to give out couple goals everytime they step out and their latest outing was no different.