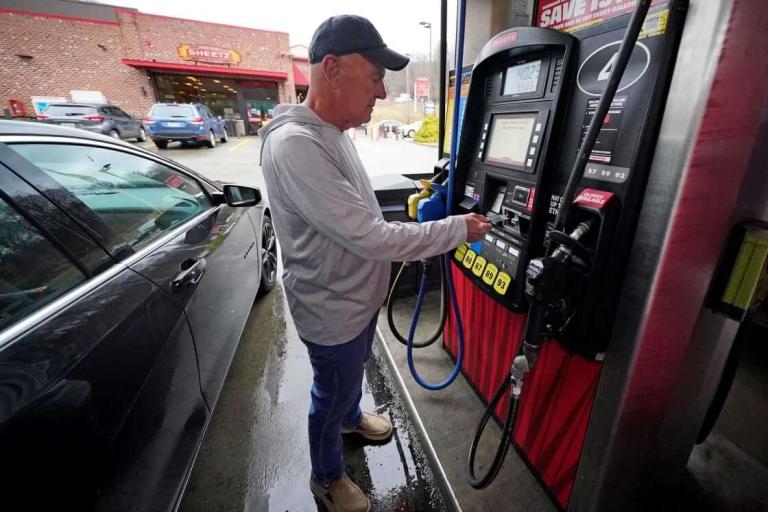 “We hope this price reduction provides much-needed relief at the pump for our customers as they travel for the Thanksgiving holiday.” This is how Travis Sheetz, president and CEO of the Sheetz gas station chain, explained his decision to drop the price of Unleaded 88 gas at hundreds of stations to $1.99. “Sheetz is a family owned and operated company and at the heart of everything we do is giving back to our customers and the communities we reside in,” he added.

In other good news, Southwest Airlines employees found a novel way to help a traveler. They noticed that a customer left a cell phone behind in a gate area. The flight was already boarded and pushed back from the gate. So they rushed the phone out to the plane; the pilot opened his window, reached down, and took the phone from them to return to its owner.

Such stories illustrate Henry Ward Beecher’s observation, “Let the thankful heart sweep through the day and, as the magnet finds the iron, so it will find, in every hour, some heavenly blessings.”

“The many and signal favors of Almighty God”

On this Thanksgiving Day, let’s be sure to remember the intended focus of the day.

Theologian Cornelius Plantinga Jr. observed, “It must be an odd feeling to be thankful to nobody in particular. Christians in public institutions often see this odd thing happening on Thanksgiving Day. Everyone in the institution seems to be thankful ‘in general.’ It’s very strange. It’s a little like being married in general.”

Our first president would have agreed. On November 16, 1789, President George Washington issued the first Thanksgiving proclamation by the government. He called upon Americans to express gratitude to God for the conclusion of their war of independence, declaring “a day of public thanksgiving and prayer, to be observed by acknowledging with grateful hearts the many and signal favors of Almighty God.”

Psalm 100 frames such gratitude with three empowering descriptions of this God.

First, he is “Lᴏʀᴅ” (v. 3a), a title that translates the Hebrew word YHWH, often spelled “Yahweh.” This is the holiest name in all the Hebrew language. It means “the One who was, is, and is to come.” He is sovereign over all time and eternity, the Lord of your past, present, and future.

Second, he is “God” (v. 3b). This is the Hebrew word Elohim, meaning “one who is great, mighty, and dreadful.” This title points to our God’s creative and universal omnipotence.

Third, “the Lᴏʀᴅ is good” (v. 5). The word translated “good” means that God keeps his promises out of his character and nature. He is righteous, trustworthy, and holy.

Take time today to express your gratitude for who God is.

Next, the psalmist helps us focus on what God does.

First, he considers what God has done for us in the past: “He made us” (v. 3b). He created us, each and every one of us.

Consider that your body is made of one hundred trillion cells, three hundred million of which die every minute. Your brain possesses one hundred billion nerve cells. Each square inch of your skin contains twenty feet of blood vessels; placed end to end, your body’s blood vessels would measure sixty-two thousand miles. That’s how far your blood travels each day.

That same square inch of skin has an average of thirty-two million bacteria on it. And every year, 98 percent of the atoms in your body are replaced. Your God made all of that when he made you. David was right to pray, “I praise you, for I am fearfully and wonderfully made” (Psalm 139:14).

Second, the psalmist calls us to gratitude for what God does for us in the present: “We are his; we are his people, and the sheep of his pasture” (Psalm 100:3c).

This means that God knows us intimately and personally, as a shepherd knows his sheep. The shepherd lives with his sheep. He sleeps in their field and walks at their side. He weathers their storms, faces their enemies, and comforts their fears. He knows his sheep intimately.

In John 10 Jesus says of himself, “The sheep hear his voice, and he calls his own sheep by name and leads them out” (v. 3). Jesus knows your name. He knows every detail of your life. And he loves you intimately. Nothing shall ever separate you from his love (Romans 8:35–39).

“The half was never, never told”

Let’s close this Thanksgiving Day meditation with a powerful poem of praise:

My heart is overflowing with gratitude and praise,
To him whose loving kindness has followed all my days;
To him who gently leads me by cool and quiet rills
And with their balm of comfort my thirsty spirit fills.

Within the vale of blessing, I walk beneath the light
Reflected from his glory, that shines forever bright.
I feel his constant presence wherever I may be;
How manifold his goodness, how rich his grace to me!

My heart is overflowing with love and joy and song,
As if it heard an echo from yonder ransomed throng.
Its every chord is vocal with music’s sweetest lay,
And to its home of sunshine it longs to fly away.

I feign would tell the story, and yet I know full well
The half was never, never told—the half I cannot tell.

Fanny Crosby wrote these words. Her eyes were blind. But her heart saw God and gave him thanks.

A convenience chain is selling $1.99 gas for Thanksgiving. lowering gas prices in advance of the July 4 holiday. Raleigh, NC.

Gas-station chain Sheetz drops prices to $3.99 per gallon for July 4

Sheetz, a chain of convenience stores, is cutting gas prices for the busy July 4 weekend. · The discount only applies to certain types of fuel:

(Harrisburg, PA) -- Hundreds of Sheetz gas stations are lowering their gas prices ahead of Thanksgiving. The chain is dropping its Unleaded

(Harrisburg, PA) -- Hundreds of Sheetz gas stations are lowering their gas prices ahead of Thanksgiving. The chain is dropping its Unleaded

CLARKSBURG, W.Va. (WBOY) – Starting Monday, the price of a gallon of gas at hundreds of Sheetz stations will be $1.99. The gas station chain

CLARKSBURG, W.Va. (WBOY) – Starting Monday, the price of a gallon of gas at hundreds of Sheetz stations will be $1.99. The gas station chain

Where's the cheapest gas near you? Check the FOX8 Gas Prices Tracker. Unleaded 88, also known as E15, is for use in vehicles for model years

A 76 gas station in Auburn, Wash. has adjusted its pumps to accommodate double-digit per gallon prices.