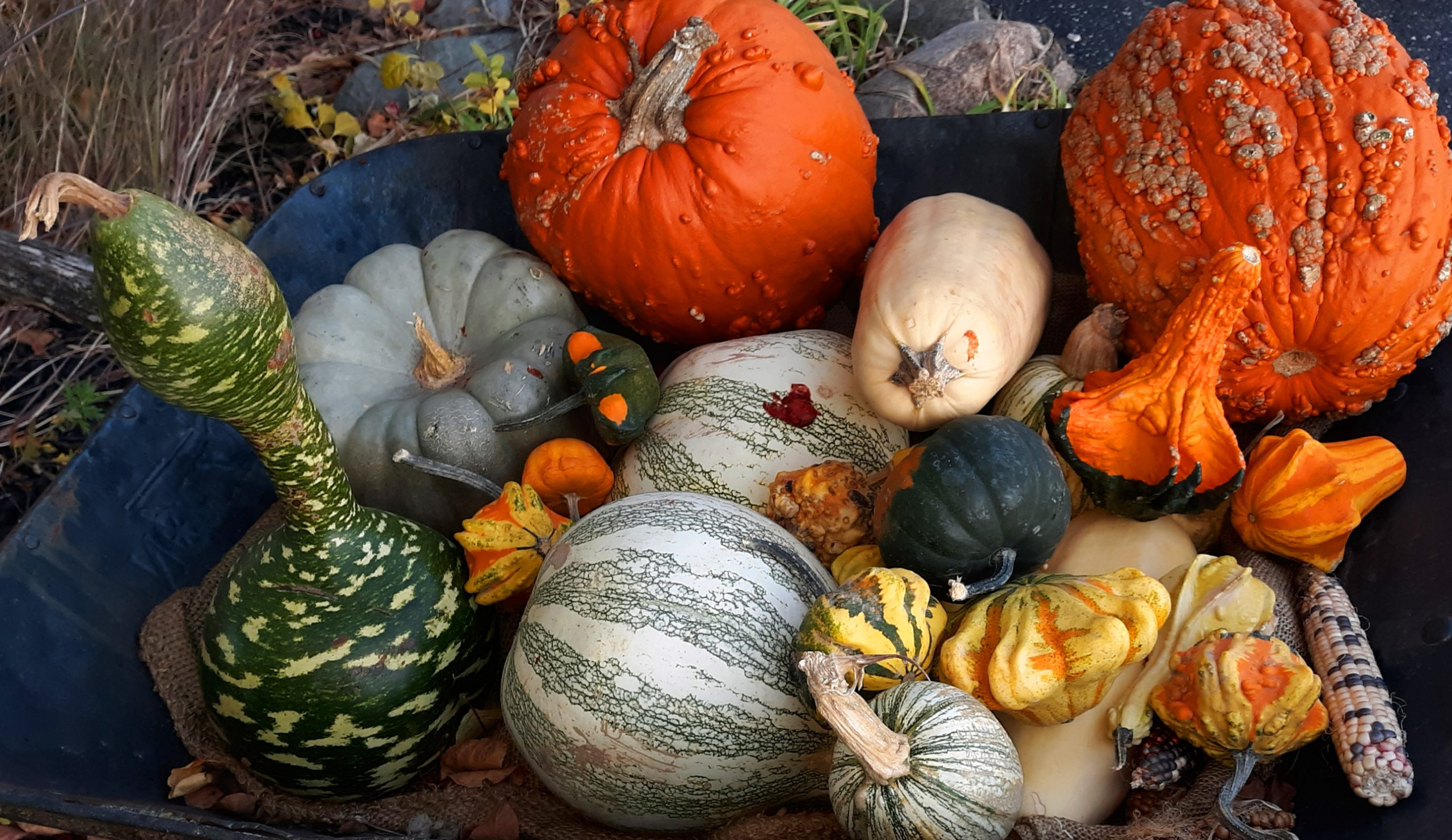 When we look back at the way things were, there is a natural tendency to assume our forebears had things more figured out than we do. However, when it comes to the inaugural Thanksgiving feast, arguably the only thing the first participants got right was the thanks.

There are numerous “real” histories of the first Thanksgiving to be found, some more tinged with modern political sensibilities than others, but offerings from the History Channel and Smithsonian Magazine serve to clarify what actually happened in the 17th century.

Similar to a wonderful FISM Moment in History segment, these two readings will disabuse you of any notion of the original Thanksgiving being about family – virtually all the European women had succumbed to disease by the time the Pilgrims and Wampanoag tribe sat for their feast.

You won’t find much about the importance of God – the Native Americans were not of the faith.

And any idea of the feast being a sign of mutual kindness is only half the story. Some Wampanoags sought to unseat their leader and kill off the white settlers rather than participate in peace.

“No question about it, Wampanoag leader Ousamequin reached out to the English at Plymouth and wanted an alliance with them,” historian David Silverman told Smithsonian Magazine in 2019. “But it’s not because he was innately friendly. It’s because his people have been decimated by an epidemic disease, and Ousamequin sees the English as an opportunity to fend off his tribal rebels.”

Indeed, when stripped of its mythos, the first Thanksgiving was primarily a multiple-day ceremony that had been brought about by a strategic political alliance and successful crop.

“Basically it was to celebrate the end of a successful harvest,” Tom Begley, executive liaison at the Plimoth Plantation, told the History Channel in 2018. “The three-day celebration included feasting, games, and military exercises, and there was definitely an amount of diplomacy between the colonists and the native attendees as well.”

Man’s shortcomings laid bare, the anti-Christian, anti-traditionalist, and anti-American among us can sprint to the nearest social media platform, vilify the folk heroes of our past, judge Thanksgiving meaningless (or worse), and label as fools (or worse) those who celebrate the holiday.

Let us grant them their victory and move on. Move on to do exactly what we know in our hearts is correct.

Even understanding and accepting the true nature of Thanksgiving does not change the fact that Americans have, for better and only better, derived deeper meaning from that imperfect first occurrence.

One can excuse a centuries-old misunderstanding of a three-day truce if that misunderstanding leads to strangers inviting other strangers into their homes for a meal, thousands of successful food drives, and a day of people being slightly less obnoxious toward one another.

No, we can’t learn many lessons from the first Thanksgiving, but the lesson we can learn is as profound as it is simple. Be thankful and kind.

For all of their faults, the humans who celebrated the first Thanksgiving were, if only temporarily, kind to one another.

And they were thankful; not thankful for the misery they’d endured, but thankful that they were still alive.

There is an old axiom that if there is breath in your body, God isn’t through with you and things can improve. He can still save you, restore you, and use you. The Pilgrims would have certainly held this belief, and we should mimic them.

Anecdotally, the people who have the most trouble with Thanksgiving are those who see little about which to be thankful. They look at a broken world, likely their own broken lives, and stew over what they wish would be but deep down assume never will occur.

It is a pitfall, a trap of Satan, to allow our pessimism to draw us to that point. We are taught to be thankful in plenty and in want. It is, quite literally, good for our souls.

Concordia University Texas provides a list of 17 Bible passages that speak to the importance of giving thanks. The Concordia article refers to the first five verses of the 95th Psalm, and what beautiful and meaningful five verses they are. However, in this commentary, the sixth and seventh verses are equally instructive:

Come, let us bow down in worship, let us kneel before the Lord our Maker; for he is our God and we are the people of his pasture, the flock under his care.

Such a sentence should shake loose any of our concerns. What a comfort to have a God who views us as His own.

No matter our current circumstances, God is all-powerful, all-knowing, and ever-present. He loves us all; loves us enough to have given his only begotten Son on a cross thousands of years ago. And if we only cling to the Son, the Father will not abandon us.

If all you have left to be thankful for is breath and salvation, that is reason enough to excuse all the Thanksgiving myths and to fall on your face in thanks to God even if your current situation seems dire.

There are no big problems for God. You exist. He exists. There is hope.

West African leaders have agreed to create an dependent regional military force tasked with maintaining peace and security in the region. Touray said the latest decision of ECOWAS to create its own regional force would "restructure our security architecture". The modalities and funding of the planned regional force will be considered by the bloc's defense chiefs in the second half of 2023, he added. The Gambian diplomat said the West African bloc reserved the right to act if the soldiers were not released by January 1. If Mali fails to do so, ECOWAS will impose sanctions, a West African diplomat told AFP.

NationalFBI joins investigation into North Carolina power outage caused by ‘intentional’ attacks on substations(CNN) — With no suspects or motive announced, the FBI is joining the investigation into power outages in a North Carolina county believed to have been caused by “intentional” and “targeted” attacks on substations that left around 40,000 customers in the dark Saturday night, prompting a curfew and emergency declaration. “The person, or persons, who did this knew exactly what they were doing,” Moore County Sheriff Ronnie Fields said during a Sunday news conference. In addition to the FBI, the North Carolina State Bureau of Investigation has joined the investigation, officials said. Moore County is in central North Carolina, about 50 miles northwest of Fayetteville. A shelter was opened at the Moore County Sports Complex, and trailers with bathroom and shower facilities are being brought in, Moore County Manager Wayne Vest said.

GREENVILLE, S.C. (FOX Carolina) - Cade Klubnik would get his shot in the third or fourth series. Cade Klubnik and his teammates react to his MVP performance tonight. “Moving forward, Cade will be the starter going in and DJ will be the backup and we’ll keep moving forward,” said Swinney. Cade played an unbelievable game, receivers made plays, defense played great. His replacement, Cade Klubnik, was named MVP and the starter for the Orange Bowl.

Follow us on Image Source : FILE Telsa, SpaceX CEO Elon MuskTwitter CEO Elon Musk on Saturday released the 'Twitter Files' that showed that the company had responded to a request from the team of current President Joe Biden during the 2020 election. "The Twitter Files, Part One: How and Why Twitter Blocked the Hunter Biden Laptop Story," Taibbi tweeted. Sharing the picture on twitter, Taibbi writes in Caption, "You can see the confusion in the following lengthy exchange, which ends up including Gadde and former Trust and safety chief Yoel Roth. "The Twitter Files on free speech suppression soon to be published on Twitter itself. (With inputs from ANI)ALSO READ | Elon Musk claims Apple threatening to remove Twitter app, says will make phones too if it happensALSO READ | Wanna see what all Elon Musk keeps on his bedside table, check this photoLatest Technology News

Here, the PA news agency takes a look at how Friday went and what awaits us as the knockout stage begins. Sad SuarezLuis Suarez’s World Cup – likely his last – ended with the former Liverpool and Barcelona striker in tears on the bench as a 2-0 win over Ghana was not enough for Uruguay to ensure its progress. round of 16 for the first time in 32 years, regardless of the 1- 0 victory at the Lusail stadium. Aboubakar received a second yellow card for taking off his shirt and, when the whistle sounded on Cameroon’s first World Cup win in 20 years, they didn’t have long to wait to find out their plight and fate. »The Australians will attack ArgentinaAustralia coach Graham Arnold has promised his side will face Argentina with “all guns” in their World Cup round of 16 clash.

Take 2. Yes, that's right. It's nearly August and we are getting excited for meaningful hockey in the next few weeks, as the 2022 IIHF World

Lessons, big questions for every game The Detroit Lions have been hosting Thanksgiving Day games for 88 years but have not had a lot of

The first Modern Warfare 2 update is live, but patch notes are

Modern songs to use in ESL lessons - Skyteach

Art Meaningful PicturesFine art photos are images that are created as: United Nations Year for Tolerance; World Year of Peoples'

The Great Pumpkin may be infinitely memorable, but the Thanksgiving special has a better story and themes more meaningful for the holiday it is

Post these cute, funny and meaningful Thanksgiving captions on Instagram. Pair these sayings about food, family and gratitude with your

NFL Week 12 takeaways: Lessons, big questions for every game Welcome to Week 12 of the 2022 NFL season which opened on Thanksgiving Day on

Incorporate Thanksgiving writing activities into middle school and high school ELA classes meaningfully. Here are 9 ideas to give you