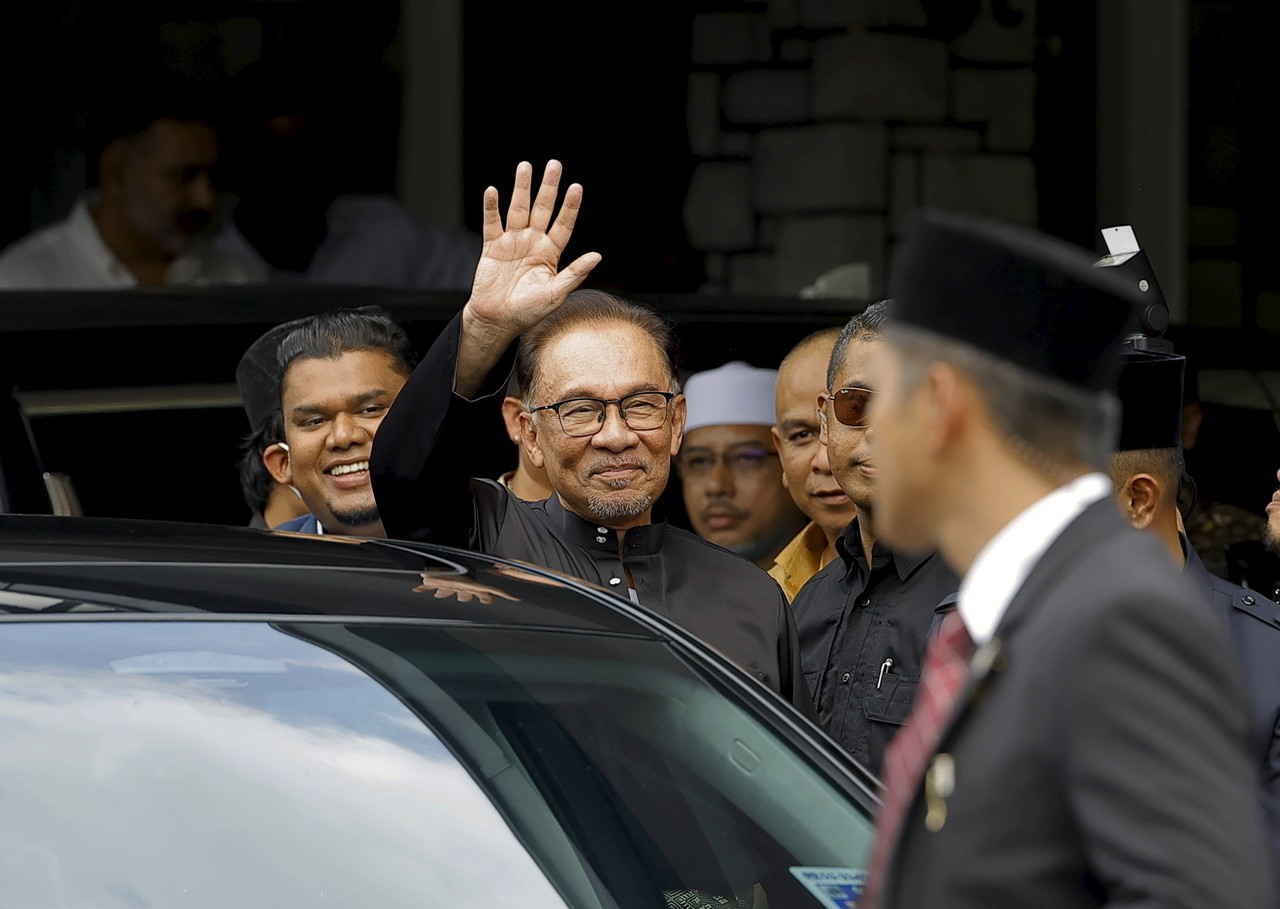 Putra Business School associate professor Dr Ahmed Razman Abdul Latiff said there will be no more room for other political parties to try to topple the current government as it is mandated by the Yang di-Pertuan Agong Al-Sultan Abdullah Ri’ayatuddin Al-Mustafa Billah Shah.

Anwar’s experience as Finance Minister is a shot in the arm amid the external headwinds going into 2023, he said.

“He has experience in managing the country’s finances when he was Finance Minister from 1991 to 1998, when the average Gross Domestic Product (GDP) growth for the period of 1991 to 1997 was 9.23 per cent.

“The concept of a unity government also reflects stability and it will boost investor confidence,” he told Bernama.

Ahmed Razman said Anwar is expected to make sure that people-centric initiatives and measures are implemented together with a fiscal consolidation strategy.

On the country’s economic growth, he expressed confidence that Malaysia will be able to achieve its Gross Domestic Product (GDP) growth target of 6.5-7.0 per cent this year.

“It will be helped by the high GDP growth achieved in the third quarter (Q3). If the value of the fourth-quarter GDP is equal to the Q3 value (of RM383.8 billion), then we will achieve the target,” he said.

Malaysia’s economy grew by 14.2 per cent in Q3 this year supported by continued expansion in domestic demand, firm recovery in the labour market, robust electrical and electronics (E&E) as well as non-E&E exports, and ongoing policy support.

No more uncertainties on the political front

Meanwhile, Dr Geoffrey Williams of the Malaysia University of Science and Technology said the much-awaited announcement would clear up all the uncertainties clouding the equity market as Anwar is also well known and respected internationally.

“He has strong knowledge of economics and will focus on reforms that will be attractive to investors. It will have a good impact on investor sentiment and the ringgit has immediately strengthened on the news.

“The selloff on Bursa Malaysia in ‘sin stocks’ and banks will reverse on this news and it will be positive for the market. After this, we will look for a long-term, credible economic policy, and Anwar and his team will provide this,” said the economist.

Bursa Malaysia rallied to a near three-month high today, with the FTSE Bursa Malaysia KLCI (FBM KLCI) rising by 4.04 per cent on bullish market sentiment following the clarity in the local political scene, coupled with positive external developments that fueled investors’ risk appetite.

Meanwhile, the ringgit climbed 1.8 per cent to its highest in over two months versus the US dollar at market close.

Williams said Anwar’s immediate challenge is to make a credible budget that is focused on protecting growth for next year and keeping inflation low.

He said the new Prime Minister also needs to begin the reform agenda focused on social and economic reforms on pensions and social protection, reducing cartels and improving competitiveness, promoting private investments and helping the small and medium enterprises.

“They will make a new budget because (the former) Budget 2023 was a pre-election budget. Now we need a budget to protect growth next year and help control inflation so we won’t need to raise interest rates further.

“In the unity government, they could benefit from taking the best ideas from the manifestos of other parties too as a way of forming confidence and consensus,” he shared.

Williams noted that the unity government is actually the most common form of government in democracies; the United Kingdom and United States are exceptions but most European countries have to form unity governments after elections.

Hence, he opined that the unity government can work in Malaysia.

Kenanga Research expects the continuation of prevailing policy inclinations including pro-business; protectionism for local industries; business-as-usual for government-linked companies; strong fiscal support to the economy with cash handouts and fuel and food subsidies; and pump- priming.

“We continue to advocate investors to seek refuge in banks, telcos, auto makers or distributors, mid-market retailers and construction as we believe the ‘unity’ government will be supportive of domestic consumption.

One seat each went to Parti Kesejahteraan Demokratik Masyarakat and Parti Bangsa Malaysia in addition to two independent candidates. – Bernama

The abuse toward his family was more perturbing, he said, even as at least two people were in jail in the United States for “credible” attempts on his life. “That I had to disagree publicly with the president of the United States. … That triggered a lot of hostility against me,” Fauci told The Post. Fauci wasn’t the only public health official targeted online during the pandemic. It also found that “for those who have experienced online abuse, politics is cited as the top reason for why they think they were targeted.”GiftOutline Gift Article

Mayo standout Lozoya finally gets his chance to play at U.S. Bank Stadium

Lozoya is one of a handful of area players who has been selected to play in the 50th Minnesota High School Football All-Star Game at 6 p.m. Saturday, Dec. 11. The game is sponsored by the Vikings and the Minnesota Football Coaches Association. “I’m super excited because of all the great players that get to play, and to see that you’re one of the good players,” Lozoya said. And the Vikings spare no expense and it’s an amazing experience for these guys.”Raasch is a veteran of 25 years coaching experience in high school football. Lozoya has hopes of playing college football.

The Washington Commanders owner hasn’t changed because no one in its accountability-skirting system forces him to change, not when there are so many gifted enablers and fixers available to obstruct proper scrutiny. Of them all, NFL Commissioner Roger Goodell is the most egregious — and highly paid — offender. Most of it merely provided deeper confirmation of how detrimental to the league Snyder has been. In his 16 years as the commissioner, Goodell has had a few of them, mostly over punishments that hinder a franchise’s chances to win. When Snyder finally asks for his golden parachute, Goodell will be beside him, making sure it fits just right.

"I do not know if he is aware yet, although he will surely learn from Russian media," David Whelan added. In the spring the Biden administration offered to swap Griner and Whelan for convicted Russian arms trafficker Viktor Bout, also known as the 'Merchant of Death.' Griner was released on Thursday in a one-to-one prisoner swap with Bout that was orchestrated by the Biden administration. The Whelan family did express disappointment in April when former Marine Trevor Reed was released from a Russian prison. The New York Post said in July that trading Bout for Griner and Whelan would be a "blunder."

Before applying, he said he disclosed “that my credit was bad. I have a bad credit — I admit it.”AdvertisementFrost, 25, famously drove an Uber to pay his bills while campaigning full time in his central Florida district. In true Gen. Z fashion, Frost first aired his housing woes on social media. In 2000, another young newly elected House member from Florida was shocked to find a tight and expensive housing market in the nation’s capital. “I have three months without a salary before I’m a member of Congress,” she told the New York Times.

Shop the best books of 2022, per the Goodreads Choice Awards

Move over, Grammy’s and Emmys — the Goodreads Choice Awards are here, and the results are in. But, the Goodreads Choice Awards highlighted the best books of 2022 across 17 categories — from fiction to poetry — with many nominees worth looking into as well. Historical FictionAmazonAcclaimed author Taylor Jenkins Reid is back for another Goodreads Choice Awards, and so is Carrie Soto. HumorAmazonThis isn’t just your typical workplace humor — it’s a behind-the-scenes dual memoir from co-stars of “The Office!” Its warmth, touching recommendations and easy-to-follow stories earned it a top spot in the Goodreads Choice Awards. “‘The Inheritance Games’ books are state-of-the-art puzzlers, filled with twisted riddles, cryptic clues and the occasional love triangle,” according to Goodreads.

A Get Help agent contacts the Apple Watch wearer and remains on the line until the watch wearer feels safe. The Care Smart app is compatible with Apple Watch Series 4 and later, Apple Watch Ultra, and Apple Watch SE, running watch OS 9. “Viiz is both proud and excited to be working with Verizon”, said Elise Bellick, Viiz Vice President of Sales. The company’s call center expertise and capabilities are enriched by an active research and development team that innovates and evolves platforms supporting a full range of traditional and leading-edge service center scenarios. All Viiz emergency call agents are Association of Public-Safety Communications Officials (APCO) Certified, and its call center operations meet or exceed National Emergency Number Association (NENA) standards for call answering.

Malaysia election 2022: Hope for Anwar as king remains firm on

Hope lingers for Anwar to emerge as PM after Muhyiddin reportedly rejected the king's proposal for a 'unity government'.

Economists have cut growth forecasts and upped inflation expectations for Singapore, according to a central bank survey, published on

Anwar is Malaysia's next PM - FMT

There Will be No Lapse in Rescue Mission: PM Modi; Cultural Programs Cancelled at Unity Day Parade: PM Modi; Thoughts With People Who Lost

Saskatchewan will lead all provinces in economic growth over the next two years, with a stunning 7.6 per cent expansion in 2022,