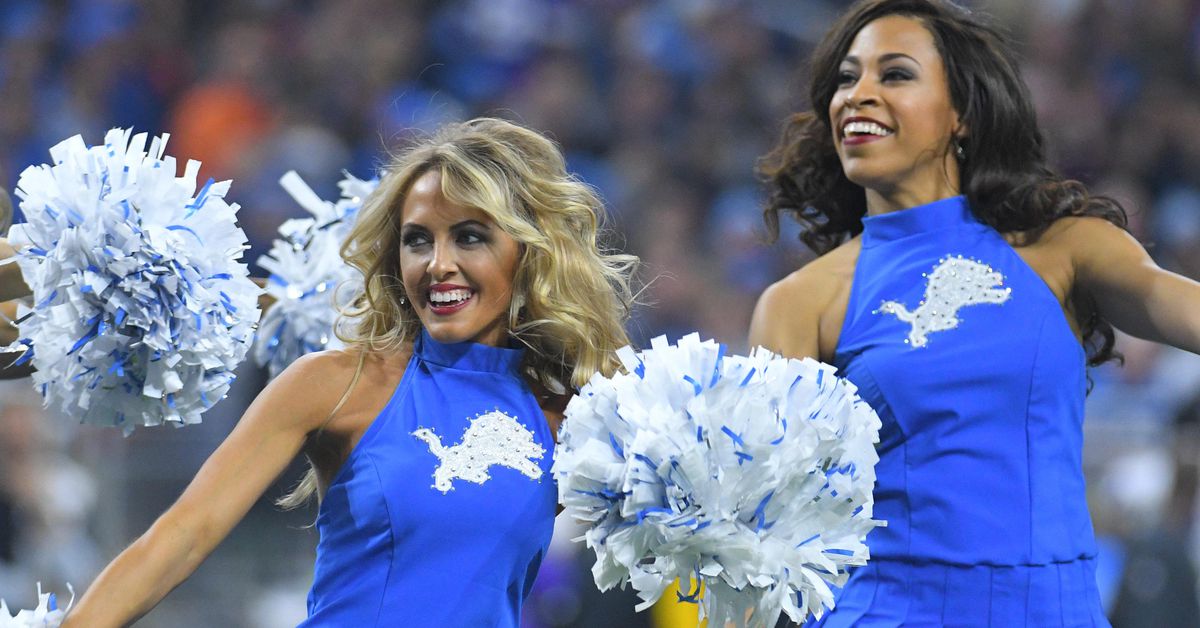 13 days ago Pride of Detroit

Last week, we opened up our weekly Detroit Lions Rooting Guide, acknowledging that any hopes of a Lions postseason was a complete longshot. However, after Detroit pulled off a road upset over the New York Giants, suddenly it doesn’t feel all that ridiculous to talk about the postseason in Detroit. Football Outsiders has the Lions’ chance at the playoffs at a reasonable 16.3 percent, while the New York Times is far less optimistic at 10 percent.

A statement win over the Buffalo Bills would do a lot to bump up those numbers, and even if Detroit can’t pull off the upset, hope is not all lost.

So let’s dive back into the Rooting Guide for a Thanksgiving Day special—both of the other two games on this Thursday have implications for the Lions.

But before we do that, let’s take a look at the updated NFC playoff picture:

The Lions are two games out of the playoff race, and while they can’t make much movement on Thursday, they can still creep a little closer. Here’s what needs to happen.

Dallas is almost certainly the better team (2nd in DVOA vs. Giants’ 21st), so they’re going to be nearly impossible for the Lions to catch, especially with the Cowboys holding the head-to-head tiebreaker. The Giants both aren’t an elite team and don’t have the tiebreaker over the Lions. I would not rule out a New York collapse that could have the Lions catch them if Detroit goes on a run. They’re three games ahead right now, but two games back with six games remaining sounds doable if Thanksgiving goes right.

The Vikings currently hold a four-game lead over the Lions, which seems insurmountable with seven weeks left—and it probably is. But if the Patriots help lower that to three this week and the Lions win the next head-to-head matchup between the two, suddenly we’re talking about a two-game lead with five other games to account for. The Vikings still have to travel to both Lambeau and Soldier Field, which are never easy places to win, even if both the Packers and Bears will be out of the playoffs.

Again, a NFC North run seems highly improbable for Detroit (Football Outsiders currently has the Vikings’ divisional odds at 92.9%), but there’s no harm in rooting for the Patriots (other than a dirty feeling that a shower won’t shed).

If everything goes the Lions’ way on Thanksgiving—obviously including a win over the Bills—here’s what the playoff standings would look like.

*Note: the Falcons would have the temporary tiebreaker over Detroit due to a better record (2-0) in common games (Seahawks, Bears).

And just for fun, here are the remaining schedules of both the Lions and Vikings beyond Thursday.

Read On "Pride of Detroit"

More News On "Pride of Detroit"

Tesla SEC deal ruled off-limits in Musk tweet-fraud trialElon Musk has never been a fan of the settlement he reached with the US Securities and Exchange Commission over his infamous 2018 tweet about having secured funding to take Tesla Inc. private. The ruling may give Musk and Tesla some leverage in talks aimed at resolving the dispute before the class-action trial kicks off Jan. 17. Lawyers for Musk and Tesla argued that dredging up the SEC case at trial would “corrupt the jury’s evaluation” of the shareholder case. But the judge ruled that telling jurors that the probe resulted in a lawsuit and a settlement more than a month later might create “unfair prejudice” against Musk and Tesla. Musk in September asked a federal appeals court to throw out the so-called Twitter Sitter provision of his SEC settlement, calling it an illegal effort to muzzle him.

Armed Forces Flag Day: All you need to know

SignificanceActivities plannedFund collectionNEW DELHI: The Armed Forces Flag Day is observed on December 7 every year. On August 28, 1949, a committee set up under the then defence minister, decided to observe Flag Day annually on December 7. The Flag Day offers an opportunity to citizens to give back to these forces as a token of their appreciation and gratitude. In 1993, the defence ministry of India consolidated related welfare funds into a single Armed Forces Flag Day fund. Those funds include, Amalgamated Special Fund for War Bereaved, War Disabled and other ex-Servicemen/Serving Personnel Flag Day Fund St Dunstan's (India) and Kendriya Sainik Board Fund Indian Gorkha Ex-Servicemen's Welfare Fund.

19 hours ago Times of India

Hours before Japan and South Korea endured painful second-round exits from the World Cup in Qatar, continental soccer rival Saudi Arabia had plenty to celebrate. It will be the first time that the country has staged the continental competition and could also lead to a future World Cup bid. Read more: Qatar World Cup: Are Brazil and Japan favourites to meet in quarterfinals? Saudi Arabia has never hosted the Asian Cup, which it has won three times since the inaugural event in 1956. Read more: Qatar World Cup: Who are likely to advance to the quarterfinals?

1 day ago United News of Bangladesh

LETTERS: Reactions to our 'appalling' Beth Am article; etc. – J.

Your article represents an appalling lack of editorial discretion. Marcyl SeidscherSan MateoKopp Lake has nice ring to itI have always loved Quentin Kopp and I always will, but sometimes friends may disagree. The good judge wrote in J.’s letters section that San Francisco’s supervisors have “more issues to address than the beautiful Stow Lake’s name” (“Stow Lake of no importance,” Nov. 21). Furthermore, serious change would require a Herculean effort given the vested interest of the smaller parties in the status quo. I’m afraid to be in a large group, especially a Jewish group, out in public knowing how antisemitism has been flourishing.

1 day ago The Jewish News of Northern California

Officers to receive Congressional Gold Medals for Jan. 6Washington — Top House and Senate leaders will present law enforcement officers who defended the U.S. Capitol on Jan. 6, 2021, with Congressional Gold Medals on Tuesday, awarding them Congress's highest honor nearly two years after they fought with former President Donald Trump’s supporters in a brutal and bloody attack. Awarding the medals will be among House Speaker Nancy Pelosi’s last ceremonial acts as she prepares to step down from leadership. Officers suffered physical wounds, including brain injuries and other lifelong effects, and many struggled to work afterward because they were so traumatized. Two police officers died by suicide in the days that immediately followed, and a third officer, Capitol Police Officer Brian Sicknick, collapsed and later died after one of the rioters sprayed him with a chemical. The Congressional Gold Medal, the highest honor Congress can bestow, has been handed out by the legislative branch since 1776.

Do you need a passport to drive to Canada?

In the NFC alone, there are six teams with worse odds than Detroit (Packers, Bears, Saints, Panthers, Rams, Cardinals).

Here's what the NFC Playoff Picture and NFC Wild Card Standings look like after the Tampa Bay Buccaneers lost in Week 12.

NFL playoff picture: What does Patriots-Vikings mean for AFC, NFC

The Patriots face the Vikings in Minneapolis on Thanksgiving night. We break down what the game means for the NFL playoff picture.

Bebe Rexha To Perform At The Detroit Lions Thanksgiving - iHeart