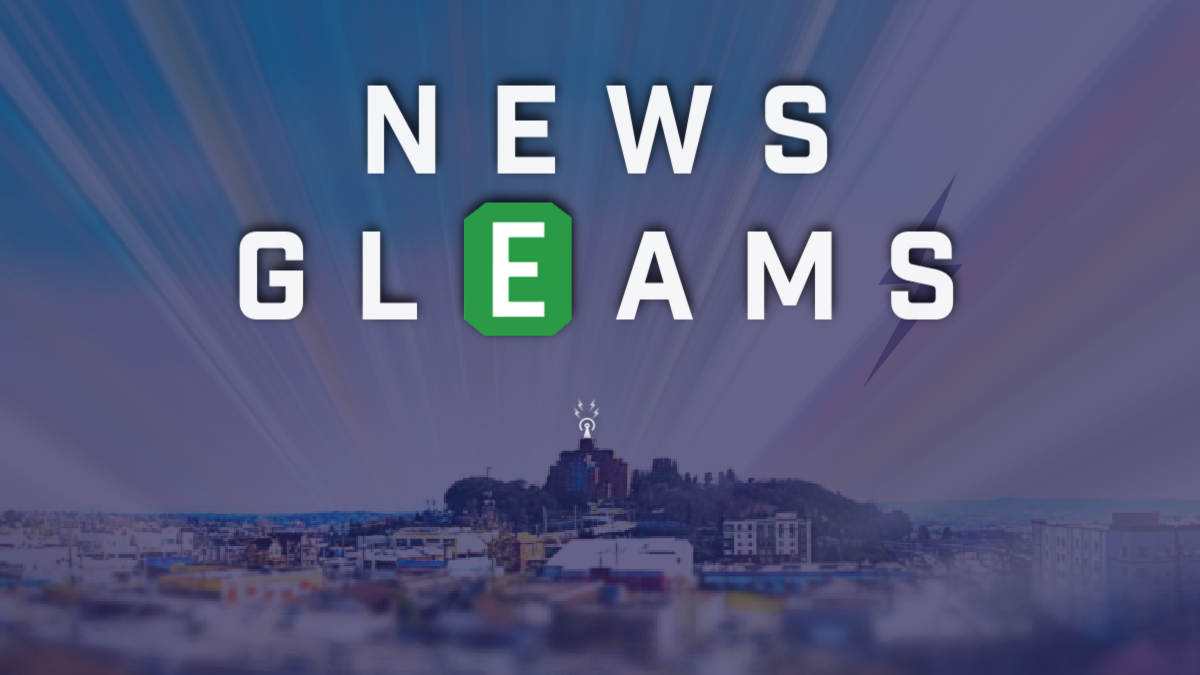 A round-up of news and announcements we don’t want to get lost in the fast-churning news cycle!

Today, Councilmember Teresa Mosqueda (Position 8, Citywide, and chair of the Select Budget Committee) released her proposed budget balancing package this morning. The package had to balance a budget that had an $141 million operating budget deficit in 2023 and $152 million deficit in 2024 before the forecast.

“Much of the 2023–2024 budget investments protect heavily stakeholdered policies and balance with the support from higher than anticipated revenue from the historic JumpStart Seattle progressive payroll tax, and use of the Short-Term Rental Tax and Transportation Network Company Tax to balance the budget,” writes the Seattle City Council’s press release. “Mosqueda’s balancing package immediately ends the temporary usage of these funds at the end of the biennium to allow for investments to grow in affordable housing, economic resilience, Green New Deal, transit investments, and the Equitable Development Initiative (EDI).”

After a number of public hearings and public committee meetings over the past seven weeks, councilmembers proposed 100 amendments. Some of these key amendments, according to the council’s press release, include:

“Human service provider inflationary increases to stay true to previously passed legislation and ensure our city’s domestic violence, homelessness, and food security providers do not fall farther behind;   “$20 million each year in Equitable Development Initiative projects that advance economic opportunity, prevent displacement, and meet community needs with developments that include things like housing, childcare, space for small business, cultural and community space;  “$20 million Green New Deal investments each year, including nearly $4 million in investments to create community climate resilience hubs, $4.6 million for indigenous-led sustainability projects, and $1.8 million to community-led environmental justice projects;  “A $9 million investment each year into School Based Health Centers, including a new $3 million investment across the biennium for mental health services in schools in response to demand for more mental health providers;  “Maintaining the Seattle Fire Department emergency response capacity by funding the medic unit at Fire Station 26 and the ladder truck at Fire Station 27 to continue to serve West Seattle and South Park;  “Created a combined total of $1.5 million in 2023 for abortion care to ensure access to comprehensive reproductive care for uninsured individuals in Seattle; and,   “An historic $253 million investment into the Office of Housing for affordable housing — that is an over $50 million increase over last budget for building rental housing, more supportive services, and first-time ownership opportunities only made possible by JumpStart, and that amount is just for 2023 with an increase in 2024.”

For more info on the budget process, visit the Seattle City Council’s Demystifying the Council’s Budget Process webpage. The final votes on the budget are scheduled for the week of Nov. 28. The council’s complete budget calendar can be found online.

The Select Budget Committee held a public meeting where councilmembers also received an overview of the balancing package. It can be streamed live on Seattle Channel. The balancing package can also be viewed in full online, along with a summary presentation from the council’s policy staff.

by Ashley Archibald, originally published on Real Change and reprinted under an agreement

Homelessness among military veterans declined 11% since 2020, according to preliminary results from the January 2022 point-in-time count of people experiencing homelessness.

The drop represents the biggest decline in more than five years.

Localities are required to conduct a point-in-time count at least every other year and report their findings to the federal government. The numbers represent a snapshot of homelessness in the United States, and methodologies on how the counts are conducted vary.

The King County Regional Homelessness Authority requested and received a “methodological exception” to count in order to collect more qualitative data. The organization found 13,368 people experiencing homelessness in 2022 but estimates that more than 40,000 people in King County experience homelessness at some point over the course of a year.

This is the first year since the pandemic hit in 2020 that communities have conducted a point-in-time count.

Converge Media has produced a short film uplifting and celebrating the life of D’Vonne Pickett Jr. and his impact on the CD Panthers and their football program.

“The CD Panthers football program provides the opportunity to play football to over 250 children in the community. Pickett cared about this program deeply,” writes Converge Media’s press release. “He was the head coach for the 6u team, which his son plays for, and Converge Media followed their journey through practices to the championship game.”

“This film was produced as a gift from Converge Media to the Pickett family and the CD Panthers organization. The film memorializes the impact of Pickett and the special place that the CD Panthers have in Seattle’s Black community,” it continues.

The film played at the memorial for D’Vonne Pickett Jr at Climate Pledge Arena last week. Watch the entire film on YouTube.

The CD Panthers can be supported at Cash.App/$Cdpanthers

The Pickett family can be supported at WhereWeConverge.com/Support-the-Pickett-Family.

For a downloadable version of the film, email [email protected]

Our content is funded in part by advertisements. To inquire about advertising with the Emerald, check out our media kit and fill out our application for more info.

The South Seattle Emerald website contains information and content supplied by third parties and community members. Information contained herein regarding any specific person, commercial product, process, or service by trade name, trademark, manufacturer, or otherwise, does not constitute or imply its endorsement, recommendation, or favoring by the South Seattle Emerald, its directors, editors, or staff members.

Before you move on to the next story … Please consider that the article you just read was made possible by the generous financial support of donors and sponsors. The Emerald is a BIPOC-led nonprofit news outlet with the mission of offering a wider lens of our region’s most diverse, least affluent, and woefully under-reported communities. Please consider making a one-time gift or, better yet, joining our Rainmaker Family by becoming a monthly donor. Your support will help provide fair pay for our journalists and enable them to continue writing the important stories that offer relevant news, information, and analysis. Support the Emerald!

ATLANTA (AP) — Trae Young says he and Hawks coach Nate McMillan have smoothed over their disagreement regarding his not attending a game last Friday. “I mean, it was just a situation,” Young told reporters after Monday’s morning shootaround. The report said that Young wanted to get his shoulder treated instead of participating in the shootaround, while McMillan wanted Young to participate in the shootaround and get treated during the walkthrough. When Young said he would not participate in the shootaround, McMillan said he could either come off the bench or miss the game entirely. “One thing I that do want to respond (to), there was something said about me telling Trae to not show up for a game,” McMillan said.

But none were as ambitious in scale or as symbolic as the proceedings at city hall. “I have this crazy idea that we should decorate city hall,” he said in a fundraising video. In Multnomah County, same-sex marriage licenses were suddenly available after four county commissioners went rogue. Booking an appointment for a city hall ceremony on that Sunday—the first day same-sex couples were eligible to get married because of a mandatory marriage license waiting period—wasn’t a breeze either. Ten years later, same-sex couples still face threats from the highest levels of government, as Clarence Thomas pushes the Supreme Court to “reconsider” the ruling that made same-sex marriage legal at the federal level.

Hayes: Stop the Playoff debate nonsense. Alabama is 1 of the 4 best teams in the country

For most of this season, it has looked like Brian Kelly was ahead of schedule in rebuilding LSU. The reality was exposed in a 38-23 loss at Texas A&M last week and it was driven home by the 50-30 beatdown that No. 1 Georgia in the SEC title game on Saturday afternoon in Atlanta. A team’s lack of quality depth often shows up on special teams, and that has been the case with this depth-challenged team. They may well be back in the title game soon, perhaps as soon as next season.

Head coach Brian Kelly and the LSU Tigers did not have the game they were hoping for against the defending national champions, Georgia. Kelly brought up the point a couple times that Georgia was simply the better team Saturday afternoon in Atlanta. Brian Kelly postgame: “The best team won today, but I love the way this team competed and fought. Brian Kelly said Jayden Daniels re-injured his ankle in the second quarter as he stepped up in the pocket. He did a nice job with that.” — Cody Worsham (@CodyWorsham) December 4, 2022Brian Kelly: “This foundation is really strong.

West Berkshire Council have announced their proposed budget for 2022-2023, which will mean a 4% council tax rise for residents.

By JOSH COTTON [email protected] The Warren City Council is a few steps closer toward developing a budget for 2023.

The budget was approved during a city council meeting in a 7-2 vote. Councilmen Sal DiCiccio and Jim Waring voted against the budget. The vote

Allerdale Council approves last ever budget with tax freeze and