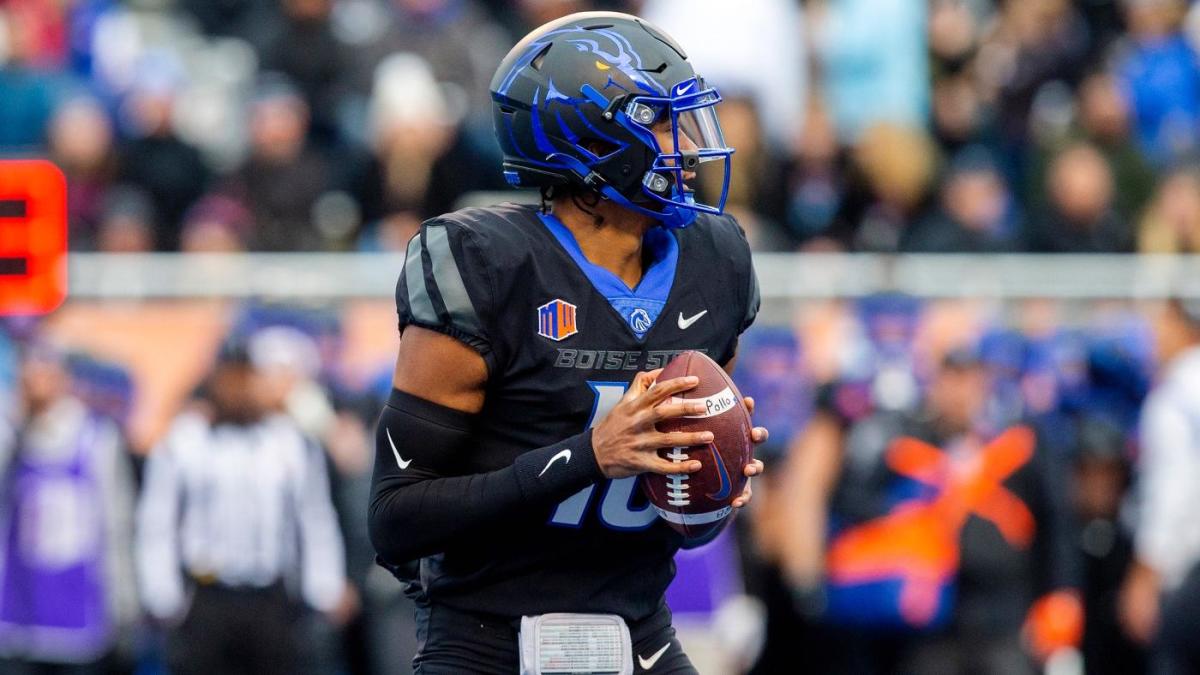 Kickoff is noon ET in Boise. Caesars Sportsbook lists the Broncos as 17-point home favorites, while the over/under, or total number of points Vegas thinks will be scored, is 51.5 in the latest Utah State vs. Boise State odds. Before making any Boise State vs. Utah State picks, you need to see the college football predictions and betting advice from SportsLine's advanced computer simulation model has to say.

Friday's game can be seen live on CBS and streamed live on Paramount+ with their must-have Premium plan.

Sign up now with promo code ALLYEAR to get 50% off one year of the Essential or Premium plan at Paramount+ (expires 12/31). A subscription also gives you access to other sports content including the UEFA Champions League and Europa League, NWSL, NFL on CBS and countless movies and shows. Get it all for 50% for a year with promo code ALLYEAR when you sign up right here.

The SportsLine Projection Model simulates every FBS college football game 10,000 times. Over the past six-plus years, the proprietary computer model has generated a stunning profit of almost $3,000 for $100 players on its top-rated college football picks against the spread. Anyone who has followed it has seen huge returns.

Now, the model has set its sights on Utah State vs. Boise State and just locked in its picks and CFB predictions. You can head to SportsLine now to see the model's picks. Now, here are several college football odds and betting lines for Boise State vs. Utah state:

Why Utah State can cover

The Aggies have solid offensive metrics on their side. Utah State is in the top five of the Mountain West in total offense, generating more than 350 yards per game, and the Aggies are also averaging 162.1 rushing yards per contest. Calvin Tyler Jr. is the engine of the ground game, producing 978 rushing yards (No. 3 in Mountain West) and 128 receiving yards this season. On the outside, Brian Cobbs is No. 4 in the conference with 769 receiving yards, and he has 63 receptions this season.

On the other side, Utah State is particularly stingy in passing defense. The Aggies are allowing only 196.5 passing yards per game, and opponents are averaging only 6.8 yards per pass attempt while completing only 53.1% of passes. Utah State has 11 interceptions and 22 sacks in 11 games, putting constant pressure on the opposition.

Why Boise State can cover

Boise State's defense is lights-out, setting a strong foundation for the team's overall success. The Broncos are allowing only 17.3 points per game this season, and Boise State is No. 2 in the Mountain West in total defense, yielding only 268.0 yards per game. Boise State has the best passing defense in the conference, giving up only 145.4 yards per game through the air, and opponents are completing only 49.8% of passes against the Broncos.

How to make Utah State vs. Boise State picks

SportsLine's model is leaning Over on the total, with each team deploying a rusher projected to generate more than 75 yards. The model also says one side of the spread hits in almost 60% of simulations. You can only see the model's CFB picks at SportsLine.