Alabama vs. Ole Miss by the numbers: Tide good for 40 against Rebels 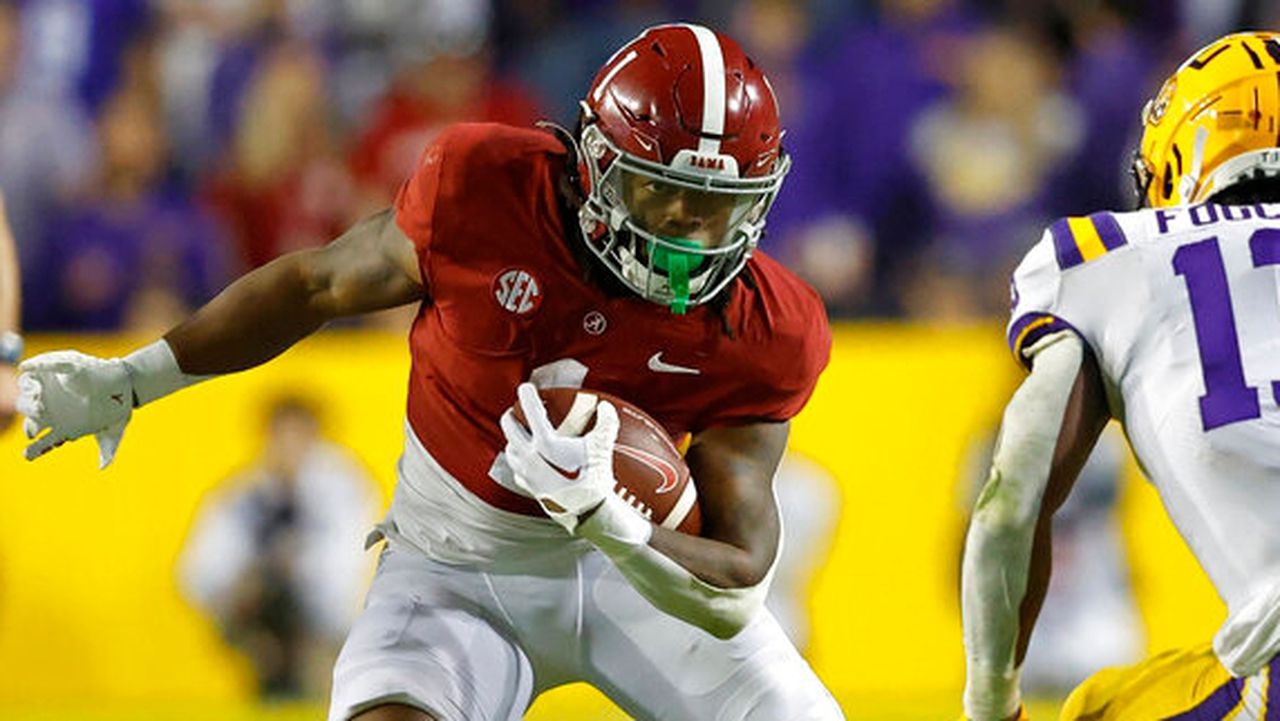 1 Team in the nation has fewer takeaways than Alabama this season. New Mexico State has five takeaways by recovering two of its opponents’ fumbles and intercepting three passes in eight games. Alabama has six takeaways – three fumble recoveries and three interceptions in nine games.

1 Player in the nation has at least 725 rushing yards and 325 receiving yards in the 2022 season. Alabama RB Jahmyr Gibbs has 771 yards and six TDs on 113 rushing attempts and 365 yards and three TDs on 39 receptions this season.

MORE SEC FOOTBALL BY THE NUMBERS:

3 Players in Alabama history have accumulated more yards of total offense than QB Bryce Young, who has 7,386 -- 396 behind No. 3 Tua Tagovailoa in the school’s career rankings. The Alabama record-holder is AJ McCarron, with 8,969 yards of total offense from 2010 through 2013. Young also ranks fourth in Crimson Tide history in passing yards with 7,262. Young is 180 passing yards behind Tagovailoa on that list. McCarron also holds the Tide passing record with 9,019 yards.

4 Ole Miss players have run for 14 TDs in one season to share the school record. RB Quinshon Judkins needs one more rushing TD in 2022 to join the group. Kayo Dottley in 1949, Archie Manning in 1969, Deuce McAllister in 2000 and Brandon Bolden in 2010 ran for 14 TDs in a season for Ole Miss.

8 Victories and three losses for Alabama against Ole Miss when both teams are ranked in the AP Poll. In this week’s poll, the Crimson Tide is 10th and the Rebels are 11th. When Alabama is the higher-ranked team, the Tide has a 6-2 mark.

14 Consecutive victories in home games for Ole Miss, which hasn’t lost at Vaught-Hemingway Stadium since a 35-28 setback against Auburn on Oct. 24, 2020. The Rebels have their longest winning streak in Oxford since a 21-game streak that started with 28-0 victory over LSU on Nov. 1, 1952, ended in a 6-6 tie with LSU on Oct. 29, 1960. After the tie, Ole Miss won its next 12 games in Oxford, giving it a 34-game streak without a loss at its campus stadium. Alabama has scored 173 points in winning its past three visits to Oxford.

29 Sacks have been recorded by Alabama this season, the most in the SEC. Ole Miss passers have been sacked seven times in 2022, tied with Georgia for the fewest in the SEC.

98 Victories and 46 losses for Alabama coach Nick Saban in games against opponents ranked in the AP Poll. Saban has the most coaching victories against ranked opponents after passing former Penn State coach Joe Paterno, who had an 86-82 record against ranked teams.

123 Games have been played by Alabama since the Crimson Tide most recently lost two in a row, the nation’s longest streak without consecutive losses. Alabama fell to Auburn 34-28 and to Oklahoma 45-31 in the Sugar Bowl to end the 2013 season. Alabama has lost 12 games since the back-to-back losses, including last week’s 32-31 overtime setback against Tennessee last week.

292 Games have been played by Alabama since it was most recently shut out, a school record and the third-longest scoring streak in SEC history. Alabama’s most recent shutout loss came 9-0 to Auburn on Nov. 18, 2000. Florida has a 432-game scoring streak going, and Georgia has scored in its past 353 games.

319 Yards on 18 punt returns for Alabama’s Kool-Aid McKinstry, 37 more yards than any other player in the nation has in the 2022 season, even though in the past four games he has returned one punt for minus-2 yards.

FOR MORE OF AL.COM’S COVERAGE OF THE SEC, GO TO OUR SEC PAGE

Ole Miss at Alabama by the numbers: High scoring ahead - al.com

The numbers behind Ole Miss' magical run that has the Rebels one win away from the Men's College World Series finals.

No. 1 Alabama held the high-flying offense of No. 12 Ole Miss to just 291 yards in a 42-21 beatdown of the Rebels on Saturday that showed

How to watch Ole Miss baseball vs. Alabama on TV, live stream

What you need to know to watch and livestream the No. 8 Ole Miss Rebels take on the Alabama Crimson Tide in a three-game series from April