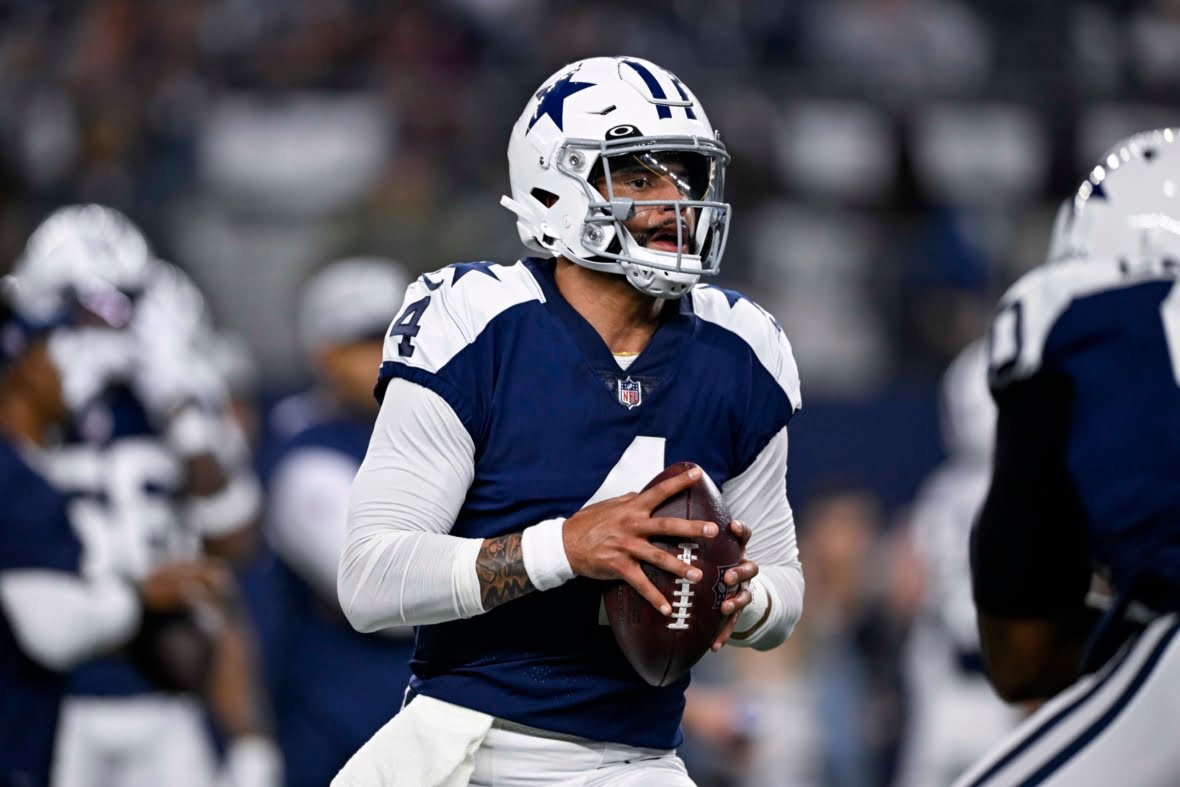 The Dallas Cowboys and New York Giants renewed their historic NFC East rivalry on Thanksgiving. And after 60 minutes of hard-fought play, the ‘Boys had much to celebrate while the G-Men will have to fly back east bemoaning a second straight loss to Dallas this season.

After two quarters, the Giants’ defense proved up to the task of dealing with a Cowboys offense that now is ranked among the 10 best in our NFL offense rankings. The unit surprisingly held Dallas to just seven points when halftime rolled around and had two interceptions on star quarterback Dak Prescott.

However, the holiday cheer would end in the second half for New York, as their mediocre offense was held to just seven in the second half and the Cowboys’ offense got rolling. Dallas would go on to score 21 points in the final two quarters and run away with an easy 28-20 win at home on Turkey Day.

The victory moved them even closer to the first place Philadelphia Eagles and strengthened their seeding in the NFC come playoff time. The Cowboys obliterated another playoff contender in the Minnesota Vikings last week.

With that all in mind, let’s take a look at the biggest winners and losers from the second game on the NFL’s Thanksgiving schedule. 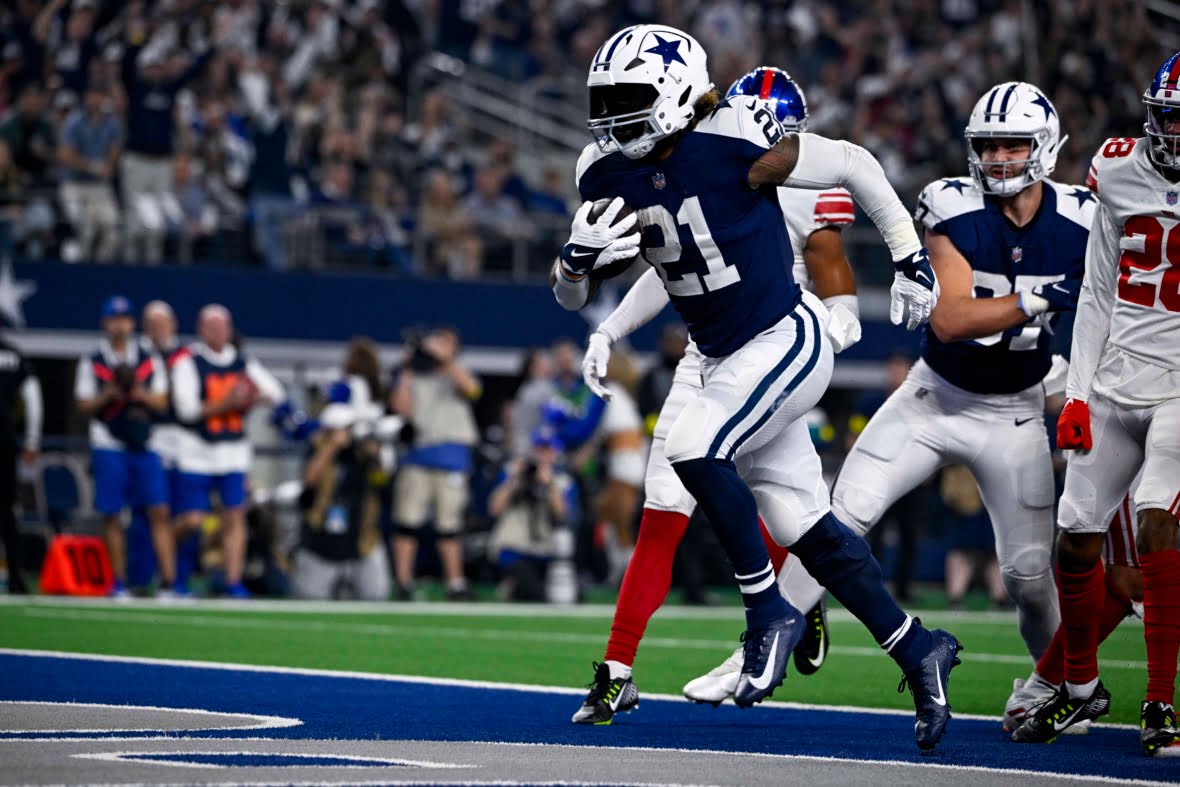 While neither Ezekiel Elliot nor Tony Pollard had stellar stats individually, the combo beat up the Giants’ defense all day and those shots to the body were money in the bank that paid off later in the game. The duo combined for over 150 yards on the ground and a touchdown. They did a majority of their damage in the second half when the New York defense went from bending to breaking altogether.

Speaking of running games, the Giants’ vaunted rush attack — and specifically Saquon Barkley –were non-existent for the second straight week. Barkley’s 22-yard performance against the Detroit Lions Sunday could be viewed as an understandable off day during a fantastic season. However, the one-time Pro Bowler was held to under 40 yards on Thursday as well.

There has to be a concern that the injuries to the New York Giants offensive line are having a major effect on them. And if they can’t run, QB Daniel Jones does not have the ability to make things happen just with his arm. 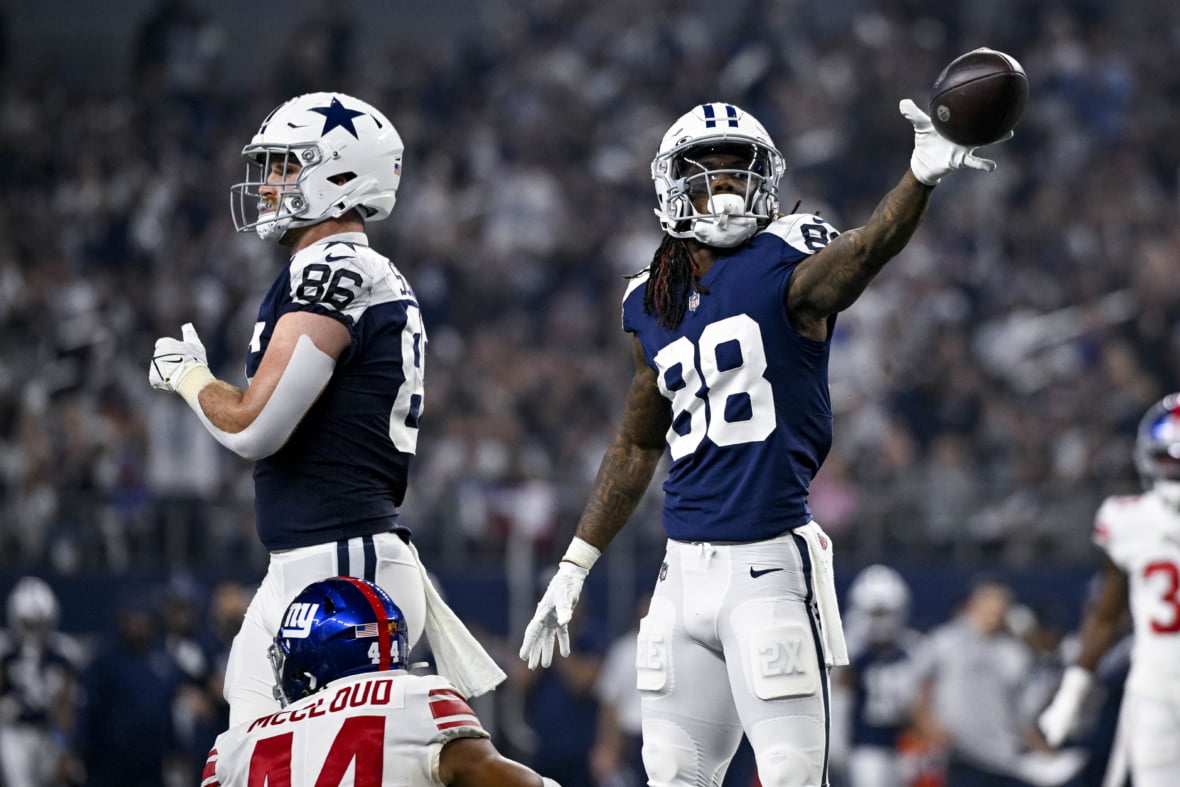 Wide receiver CeeDee Lamb and tight end Dalton Schultz showed out in a big way on Thanksgiving. Lamb racked up 106 yards on just six catches as he absolutely tore up the Giants’ injury-riddled secondary all day long. However, tight end Dalton Schultz had a memorable holiday as he made the play of the game by leap-frogging a defender in the third en route to his second of two TDs on the day.

Speaking of the secondary, the New York Giants unit had trouble all day with the Dallas Cowboys receiving core. While Lamb and Schultz were shown love earlier, Michael Gallup and Jake Ferguson also had solid games as they were able to get open after Prescott was able to extend plays in several key moments.

The absence of Adoree’ Jackson and Fabian Moreau for this game played a major role in the final result as the Giants were unable to stop the Cowboys late in the game. 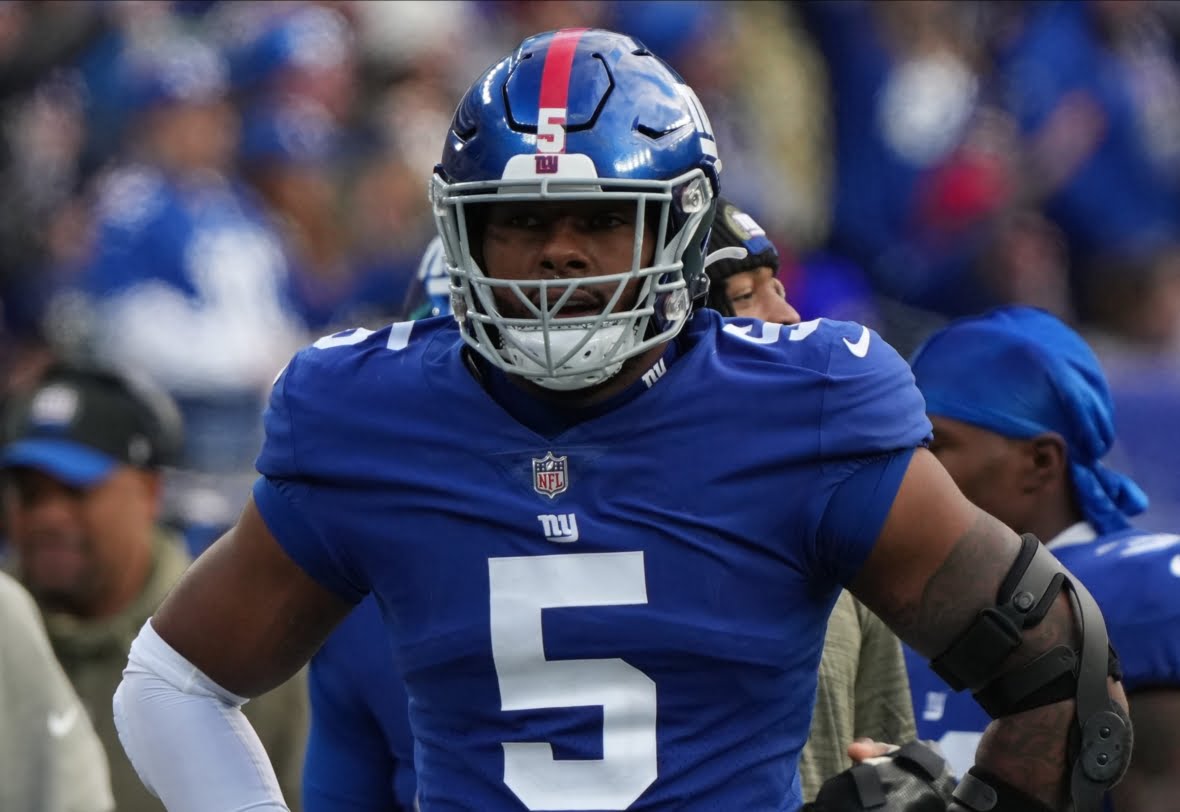 Despite the Giants’ defense faltering late, Kayvon Thibodeaux was a major bright spot for the team throughout the day. Often, he showcased the elite talent that made him the fifth pick in the 2022 NFL Draft. He didn’t rack up a bunch of sacks or tackles, but his five QB hits were just a taste of the impact he had on the game that the stats don’t show.

While Daniel Jones finished the game with 228 yards and a touchdown pass, he did not have a game to remember. For a second straight week, when the rushing game was not an option as the opposing defense did all they could to bottle up Saquon Barkley, he did not make the plays needed to keep the team in the game.

As each week goes by, he is proving undeserving of a massive long-term contract extension in the offseason.

Los Angeles Angels two-way star Shohei Ohtani will be the face of the 2023-24 MLB free agent class. Shohei Ohtani pitching stats (2022): 15-9 record, 2.33 ERA, 1.012 WHIP, 219 strikeouts in 166 inningsThis was enough for Ohtani to finish fourth in the American League Cy Young voting while placing as the runner-up in the MVP race to Aaron Judge. Having just re-signed with the Yankees, Aaron Judge is now first among position players at $40 million on his new nine-year contract. Despite the Yankees being linked to Ohtani, it’s clear that his market will be huge and consist of large-market teams. Meanwhile, the New York Mets, San Francisco Giants, Boston Red Sox and potentially even the San Diego Padres will be in on Shohei Ohtani.

On the mend, Jazz continue home stretch vs. Warriors

As the Warriors prepare to take on the Utah Jazz at Salt Lake City on Wednesday night, the sharpshooter is hopeful his minutes and participation will continue to increase. “It’s not fun having to watch, as long as I did, watch the team compete,” Thompson said. I haven’t done this in four years.”Health also was a major topic around the Jazz heading into the showdown game. The game at Utah kicks off a road-heavy stretch for the Warriors, who return home for an ABC-televised contest vs. Boston on Saturday night before embarking on a six-game road trip. Utah wraps up a six-game homestand on Friday night vs. Rudy Gobert and the Timberwolves after splitting the first four contests.

Credit: Kareem Elgazzar-USA TODAY SportsJoe Burrow passed for 286 yards and two touchdowns and also rushed for a score to lead the Cincinnati Bengals to a 27-24 victory over the visiting Kansas City Chiefs on Sunday. Chris Evans caught the go-ahead 8-yard touchdown pass with 8:54 remaining as Burrow outdueled Chiefs quarterback Patrick Mahomes for the third time in 11-plus months. Cincinnati beat Kansas City 34-31 in the regular season last January and notched a 27-24 overtime victory in the AFC Championship Game four weeks later. Samaje Perine rushed for 106 yards while Tee Higgins also caught a touchdown pass for the Bengals (8-4), who won their fourth straight game and eighth in their past 10. Kelce was stripped of the football by Cincinnati’s Germaine Pratt on the Chiefs’ next drive and Pratt also recovered it.

No. 6 Gonzaga looks to find rhythm again vs. Xavier

The beatings are stunning, as Gonzaga went 192-18 over the previous six seasons and still has All-American Drew Timme leading the way. Nolan Hickman added 15 points, but Julian Strawther (four points) and Malachi Smith (three points) had poor offensive outings. Coach Sean Miller, in the first season of his second stint with the Musketeers, was highly disappointed in the performance. “There were way too many segments of the game, if not most of the game, where we were at times, in our own way,” Miller said. Either way, the Musketeers are focused on playing much better in the matchup with the Zags.

Credit: Sam Navarro-USA TODAY SportsThe Florida Panthers will aim to continue their recent success on the power play Saturday evening when they host the St. Louis Blues. The Panthers are 11-for-30 on the man advantage over the past eight games for an impressive 36.7 success rate. Winger Pavel Buchnevich has been the Blues’ hottest player over the past nine games, producing five goals and eight assists. Last season, the Blues and Panthers split two games. Host Florida won 4-3 in a shootout on Dec. 4 before St. Louis returned home three nights later and recorded a 4-3 victory on Buchnevich’s overtime goal.

Brace Hemmelgarn-USA TODAY SportsIt was back in Week 10 that Tony Pollard put up 115 rushing yards and two total touchdowns for his Dallas Cowboys. For the third consecutive game, Pollard looked like one of the best all-around running backs in the game. Related: Dallas Cowboys schedule and game-by-game predictionsTony Pollard creates a ton of mismatches for the Dallas CowboysBrace Hemmelgarn-USA TODAY SportsWe saw that in the video embedded above. The youngster put up 1,056 total yards at a clip of 6.2 yards per touch as a third-year player in 2021. And in reality, he’s going to be the X-factor if this Cowboys team finds itself as a conference title contender during the winter.

The Dallas Cowboys' Thanksgiving day win over the New York Giants is the most-watch NFL regular-season game EVER, setting a record of 42 million

On Thanksgiving Day, the second of three NFL games will feature the Dallas Cowboys and the New York Giants. NFL handicapper Jason Yamaguchi

The Cowboys turned the New York Giants over four times on their way to a 21-6 division win Sunday afternoon. Dallas leads Washington and

The Dallas Cowboys have played every Thanksgiving since 1966. This year the Cowboys will play host to the New York Giants.